File under: things you love to see 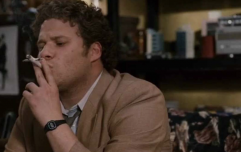 Seth Rogen issues advice on smoking weed, saying 'most people can incorporate' it into their lives

END_OF_DOCUMENT_TOKEN_TO_BE_REPLACED

The 46-year-old made his name in the hit stunt show and comedy series alongside the likes of Johnny Knoxville, Bam Margera and Chris Pontius.

Originally airing on MTV between 2000 and 2002, Jackass featured the show's cast performing a range of dangerous, gruesome and sometimes even death-defying stunts and pranks. 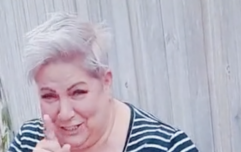 END_OF_DOCUMENT_TOKEN_TO_BE_REPLACED

Many of these pranks incurred the wrath of law enforcement. During one live performance in Louisiana in 2002, Steve-O was arrested on assault charges and obscenity after stapling his scrotum to his leg.

The show was enormously popular, however, resulting in a series of spin-offs and feature films. Jackass: The Movie first aired in 2002, which was followed by Jackass Number Two in 2006.

Jackass 3D was released in 2010, and a further spin-off film entitled Bad Grandpa came in 2013.

Throughout the history of Jackass, Steve-O's career was marked by alcohol and drug addiction. He initially kicked the habit in 2006, but suffered a relapse in 2008. 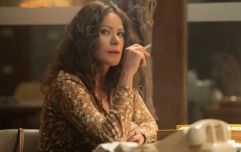 END_OF_DOCUMENT_TOKEN_TO_BE_REPLACED

He was institutionalised in a psychiatric hospital at the time, commenting: "I've had horrible mood swings and severe depression. My brain is fucked up from using so much cocaine, ketamine, PCP, nitrous oxide, and all sorts of other drugs."

In 2009, a documentary was released through MTV called Steve-O: Demise and Rise. This focussed on his lengthy battles with alcohol and drug addiction.

Steve-O admitted that he hasn't watched the documentary back.

"When I saw the footage of myself doing drugs I felt like I could see them, I could taste them.

"It made me crave them and as embarrassing as that footage is, that just seemed like another reason to get high. I couldn't watch it; I haven't watched it since then. The producers put it all together and finished it up without any input for me, it's better that way."

Ahead of the release of Jackass 3D later in 2009, Knoxville stated that Steve-O's renewed attempts at sobriety were going well.

"He's taking to sobriety like he took to drugs and alcohol, I'm very proud of him."

He has stayed on the right path ever since. Today, Steve-O celebrated 13 years sober with a post on social media.

So grateful to be celebrating thirteen years of sobriety today— thanks to everyone who helped me get here! pic.twitter.com/LDncqH7Z2A

He thanked those who had supported him in his journey, stating "So grateful to be celebrating thirteen years of sobriety today— thanks to everyone who helped me get here!"

Fans on social media were glad to see how far he'd come.

"So happy for this picture right here. I grew up watching you tearing yourself apart, I'm just so happy to be able to also watch you put yourself back together and find happiness."

Committed to animal welfare, Steve-O has vowed not to perform any future stunts that "mess with animals".

A new Jackass movie began filming in December 2020, and is due for release later this year.