Sony is apparently cutting the number of Playstation 5's that it was scheduled to produce by a full one million units - meaning the industry-leading next-gen console will be in even shorter supply in the run-up to Christmas.

END_OF_DOCUMENT_TOKEN_TO_BE_REPLACED

As reported by Bloomberg, inside sources have revealed that Sony's manufacturing plans are to be adjusted for the fiscal year which ends in 2022. This means that the already limited supply is going to be reduced even more for the next four months. Parents all over the world are now panicking in the lead up to Christmas.

While there was little detail as to why Sony has made this decision - it's been reported that the company initially looked to produced 10 million units but soon increased that projection closer to 14.5 million - it's no secret that the PS5 has had issues when it comes to supply and demand.

A recent report suggested that Sony even expedited a shipment of consoles from South Korea to the UK - loading up three planes with around 50 pallets of PS5s each in order to replenish stocks in time for the festive season.

In fact, a global semiconductor shortage has meant that as well as a reduced PS5 stock, there will also be fewer Xbox Series X, S and Nintendo Switches manufactured and shipped this winter. Now parents really are panicking. 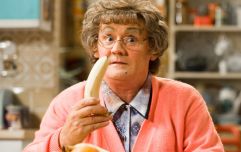 END_OF_DOCUMENT_TOKEN_TO_BE_REPLACED

To date, Sony has already shipped around 13.4 million consoles worldwide since it launched on November 12 2020. It really is going to be a race to get your hands on one if you haven't already.