It's pretty wild to think that Jackass came out in 2000. Besides being one of the most ridiculous, punk-rock series to ever grace television - daft, unadulterated and regularly dangerous fun - spawning several movies and launching numerous unorthodox careers, it inspired shows like Dirty Sanchez, Punk'd and, arguably, YouTube/online prank culture in general. 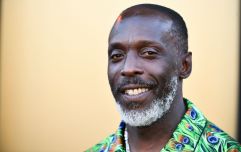 END_OF_DOCUMENT_TOKEN_TO_BE_REPLACED

However, with Jackass 4 arriving this October, there has been controversy surrounding the original cast and crew, as Bam Margera took to Instagram to chastise Johnny Knoxville and director Jeff Tremaine for "abandoning, "betraying" and "rejecting" him, following his exit from the production.

Margera goes on to say the "[Jackass] family", namely Knoxville and Tremaine, put him throughout "batsh*t" negotiations over his contract, making him "jump through hoops and walk on egg shells" among other claims. Following the video that went viral, Knoxville responded in a recent interview with GQ, in which he announced this would be his "last rodeo".

“I think each of us was responsible for his own actions and when someone's struggling, everyone tries to help that person. And at the end of the day, that person has to want help. Sometimes they don't. Yet.”

He went on to add, simply, “We want Bam to be happy and healthy and get the help he needs. We tried to push that along. I think that's all I really want to say about it. I don't want to get into a public back-and-forth with Bam [...] I just want him to get better.”

Margera confirmed to TMZ that he had been fired from the movie due to breaking the rules regarding his sobriety, an interview in which he also described Knoxville's mandated rehab as "torture". The publication later went on to report that the director, Tremaine, had issued a restraining order against him. 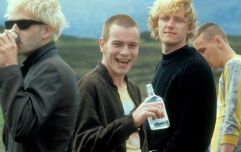 END_OF_DOCUMENT_TOKEN_TO_BE_REPLACED

Knoxville isn't the only one to have come in defence of their actions, as seminal cast member, Steve-O, commented directly on Margera's post above. He wrote: "Bam— the two people you’re saying wronged you (Knoxville and Tremaine) are the same two people who organized the intervention which saved my life." Steve-O himself is now 13 years sober from drugs and alcohol.

He went on to delcare that "Everyone bent over backwards to get you in the movie, and all you had to do was not get loaded. You’ve continued to get loaded, it’s that simple. We all love you every bit as much as we all say we do, but nobody who really loves you can enable or encourage you to stay sick".

It is clear that the entire cast is looking to live a cleaner life, especially following the death of the fellow Jackass member, Ryan Dunn, who died in a car crash back in 2011. Dunn was reported as having been seen drinking just hours before the accident.

popular
Why United vs Villa and Chelsea vs City are happening at the same time
'Loch Ness Monster' caught on drone footage by wild camper
Foreign workers to be let into UK to help solve petrol crisis
The JOE Friday Pub Quiz: Week 262
Man blocks pavement with fence to stop chippy customers staring into living room
Billie Eilish says she lost 100,000 followers 'because of the boobs'
Man accused of having sex with horse escapes from jail
You may also like
Life
Fake Just Eat rider arrested after police find bag full of drugs instead of food
Crime
Stockton man arrested as £160m of cocaine seized on luxury yacht
News
Priti Patel wants to ‘make an example’ out of middle-class cocaine users
Politics
William Hague calls for drugs to be decriminalised in the UK
Politics
Undercover cop explains why Boris Johnson's drug policies won't work
Next Page