Paramount has just placed a date down for an upcoming instalment of the hugely popular A Quiet Place series. 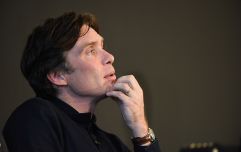 Cillian Murphy has joined the cast for A Quiet Place sequel

END_OF_DOCUMENT_TOKEN_TO_BE_REPLACED

According to Deadline, the film, which was first announced back in November 2020, isn't necessarily going to be a direct sequel, but it will exist within the universe first explored in John Krasinski's sleeper hit.

Krasinski isn't going to be helming the film in the director's chair, or even writing the script. Instead it will take an idea of Krasinski's, fleshed out into a full script and directed by Jeff Nichols.

According to Krasinski himself, we've already seen Easter eggs for the third film's plot in the recently-released A Quiet Place Part II.

popular
North Korea is running out of food as a bunch of bananas 'now costs $45'
A definitive ranking of every swear word from worst to best
GB News fans cancel Specsavers because they hate cancel culture
Paul Gascoigne reckons he was a better player than Foden even when he was drunk
Women aged between 18 and 50 told not to drink alcohol by World Health Organisation
Russian manager goes against Ronaldo and drinks bottle of Coke at press conference
GB News reads out prank messages from 'Mike Hunt' and 'Mike Oxlong'
You may also like
Film
A Quiet Place 2 has been confirmed for a 2020 release date
Entertainment
Believe the hype, Hereditary is going to scare the living crap out of you
Entertainment
Stephen King has called this new horror movie “an extraordinary piece of work”
Entertainment
Going off early reviews, we might have just found 2018's best horror movie
Entertainment
A Quiet Place looks like the most original horror film in years
Next Page