A Tory landslide is on the way, but what Theresa May is doing is the opposite of leadership

Her speech outside Downing Street on Wednesday was the moment when May, having noted how preying on the anxieties of the marginalised and exploiting the fear of the other has played so well around the world, said, “Fuck it, I’m all-in.” 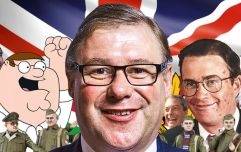 END_OF_DOCUMENT_TOKEN_TO_BE_REPLACED

As the results of the local elections came in on Friday, her strategy made perfect sense. The Tories have stalked the UKIP vote and why would you vote for them now when you can have nationalism and power with the Conservatives?

"Paul's right," David Davis said on Thursday's Question Time, suggesting that lining up beside Paul Nuttall might be the "I agree with Nick" of this campaign, and May wasn't going to abandon that strategy for the long-term benefit of the country.

In some ways, her words on Wednesday were not a radical departure from her previous attitude on Brexit which has won the admiration of the sections of the media who are fetishistically committed to the UK’s departure from the EU.

“Always, everywhere, I wage war,” the former French prime minister, George Clemenceau said once, and when it comes to establishing a position on Brexit, this is the view of those intent on taking the country back.

May seemed to take her lead from the newspapers which have declared judges ‘Enemies of the People’, screeched ‘Freedom’ and viewed the election as an opportunity to ‘Crush the Saboteurs’.

They see traitors, enemies and double-crossers everywhere, an attitude which betrays a certain insecurity about their position which is strange from those who claim to be bursting with patriotic fervour and joy. 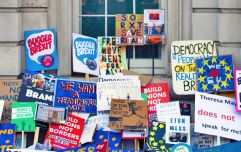 END_OF_DOCUMENT_TOKEN_TO_BE_REPLACED

But nationalism is based on fear not self-esteem and needs an opponent if it is to sustain itself. For the Tories, there are many obvious contenders as they hoover up UKIP's vote.

As May entered a world of paranoid fantasy with her comments about interference in the election, she was driven, not by some untethering from reality, but by a grim and brutal assessment of the people she claims need her strong and stable leadership.

Check out Theresa May's #StrongAndStable leadership. It's the sound of the summer. pic.twitter.com/vObDghg122 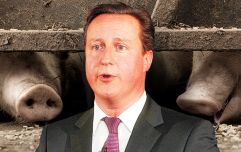 END_OF_DOCUMENT_TOKEN_TO_BE_REPLACED

She is anticipating that the electorate will respond to this profoundly cynical move with a nationalistic zeal that will boost her chances in June.

Thursday's vote will have underlined that view. Labour under Jeremy Corbyn is so limp that she will be proved right again in the general election, but in taking this line she also illustrated how she is unfit to govern, that Corbyn, who is so inept he could be confused for a malevolent, would do less harm than she will.

May is happy to attack the EU, and when those who like to demonise look for targets, Jean-Claude Juncker, a former prime minister of Luxembourg who denied drinking cognac for breakfast, will always offer an easy line of attack.

Those who hope that a substantial Tory majority could see May turn her back on the hard Brexiteers must ask themselves if this is a prime minister who will risk the wrath of the press so committed to a glorious and conquering exit from the EU?

They have been overcome with the same kind of dangerous delusion that drove men a hundred years ago when a desire for a blood sacrifice took hold across Europe. This time it is at least figurative, even if there is always room for the occasional bit of sabre-rattling against an old enemy like, eh, Spain.

Of course, they are all old enemies these days as England takes the long view and sees Brexit as the launch pad for a return to some sort of colonial theme park where Britain will again get the respect it deserves.

The UK's membership of the EU, in this analysis, was a sorry and pitiful aberration rather than a mutually beneficial arrangement which did so much to dilute the nationalistic impulses that has caused so much suffering.

Now they have surrendered to the nationalists and aligned themselves with them. Anyone who thinks a force as potent and damaging can be contained when the election is over hasn't been paying attention.

But there will come a time when May and the Conservatives have to face up to the reality that the world beyond Europe may be even less welcoming than the world they are determined to leave behind.

Britain is intent on “doing a geographical”, a term used when someone tries to flee their problems by changing their surroundings.

It is an impulse that says life will be better someplace else, in Britain’s case, selling afternoon teas to Japan and Scotch to Mexico as part of their new trade deals rather than spending another day negotiating a tricky sub-clause of the common fisheries policy in Brussels.

Who wouldn’t want to shake things up, and escape all that drudgery by getting away from the nine to five?

In this vision, the future will be different. The future will be fun and exciting, it will allow Britain to be the best version of Britain it can be. Life will be less of a struggle, life will have some meaning again. This is what they believe as they flee their old world of responsibility and head for this new land, only to discover when they get there, having packed in their job and opened up a pop-shop selling handmade Peruvian jewellery in a Majorcan village, that the problem is not everybody else and things aren't getting better.

Right now, May is making it worse, making negotiations harder in order to win an election she has little chance of losing.

In the blow-hard world of front pages which demonise and alienate and like the idea of the bloody difficult woman, all of this seems like a triumph, but reality is going to be painful and require leadership. May, on the other hand, is surrendering to the worst impulses.

May is right when she says this is the most important election of her lifetime, but it is so important because of the damage she is intent on doing and the sense that qualities which would have once been seen as the hallmarks of leadership are now viewed as weaknesses.

Instead May has followed the lead of those who will divide by fear and mistrust. She is providing a facsimile of strong leadership, but there is no restraint, generosity or wisdom. Like the Labour Party, those qualities are now a lost cause.