Over the past year and a half, a social review platform called Psydro has found out the names of people who have left the most negative reviews in the country, as well as working out where they live.

END_OF_DOCUMENT_TOKEN_TO_BE_REPLACED

On their website, Psydro said that Karens were previously dubbed the biggest complainers and often the butt of a joke via memes across the world.

The platform was not convinced that the name Karen deserved all of the slack it received, so did some research into the names of the biggest complainers in the UK.

According to the platform's results, 'Colin' took the top spot for the most likely male name to leave a negative review, whilst 'Tracy' was found to be the most likely female name.

The name Tracy was closely followed by Sue, Vicky, Wendy and Caroline, who are most likely to leave one or two star reviews on online platforms.

Following on from Colin, who took the top spot for the most likely complainer, other names included Greg, John, Ian and Martin.

Who leaves the most negative reviews in Britain? We did some research to find which first names have really been complaining the most and where they live. Check out our blog post and see if you agree: https://t.co/oLR1kafN1G #negativereviews #complaint #research #article pic.twitter.com/8X2eITxg62

The platform also discovered that the majority of people who left one or two star reviews lived in Nottingham, which is now the hometown to the most complainers in the UK. 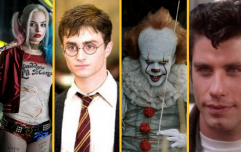 END_OF_DOCUMENT_TOKEN_TO_BE_REPLACED

In second place, despite not being a gleaming achievement, came South Yorkshire.

However, Psydro found that people who left the most positive reviews online came from Dorset in southwest England.

The founder of Psydro, Tony Ward, said: "We might be being a little bit tongue-in-cheek here but at Psydro, we’re committed to ensuring that the customer has access to the most transparent, honest and helpful reviews. So despite the negative connotations of being a complainer, a bit of a thank you does need to go out to every Tracey and Colin, for making other customers aware of potential issues with a product or service so they can spend wisely."

popular
Tourist dies after losing arm and leg in shark attack at popular resort
Jordan Peterson suspended from Twitter over Elliot Page comment - says he won't apologise
Adele fans have 'mad respect' for her after she stopped her Hyde Park gig to help someone in distress
Stranger Things: Spotify will choose which song would save you from Vecna
Vegan mum found guilty of murdering son by feeding him only fruit and veg
Threesome sees 60-person brawl break out on cruise ship, says passenger
Son uninvites parents from wedding because 'they're not good enough' - so they sell his house
You may also like
News
July heatwave: When to expect hot weather and how long it will last
News
Police hunt for two 'laughing' men who kissed three-year-old girl in front of distressed mum
News
Shamima Begum 'fears she will be killed' ahead of Syria trial
News
Lettuce crisis takes shocking turn as KFC is forced to change its menu due to price hikes
News
Brits set to face a week of thunderstorms and heavy rain following bank holiday sun
Next Page