Some England players were the target of racist abuse after the Euros final on Sunday, and we all saw it coming despite the amazing displays of talent and bravery beforehand

I haven’t felt so proud to be English or British since the 2012 London Olympics. 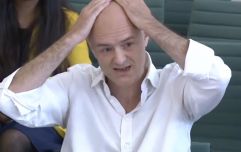 END_OF_DOCUMENT_TOKEN_TO_BE_REPLACED

Our team declared their opposition to racism before each match by taking a knee. Captain Kane wore an LGBTQ+ Pride armband. We had Marcus Rashford, the working class lad from Manchester who forced the government to provide school meals to thousands of disadvantaged kids. They represented the true face of England. So what went wrong?

England ‘fans’ booed our own team while they took a knee. Politicians and journalists defended those who boo anti-racism (also known as racists) by saying Black Lives Matter is a Marxist organisation.

Sad to see Marxism infect our national team to such an extent pic.twitter.com/Bx4hZwoUnK 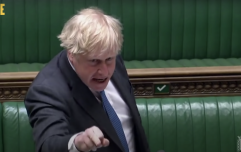 END_OF_DOCUMENT_TOKEN_TO_BE_REPLACED

It didn’t matter that the team repeatedly said it was simply about racial equality, because who better to define a movement about racial justice, than a Prime Minister who called black people “piccaninnies” with “watermelon smiles”?

So when the three players who missed our penalties were Saka, Rashford and Sancho, everyone knew the racism would explode. Andrew Lawrence, who was once one of my favourite comedians, tweeted “I’m sorry that black people are bad at penalties.” He later blocked me for calling him a “mascot for racists.” And when I last looked it appeared as if his account had been deleted. 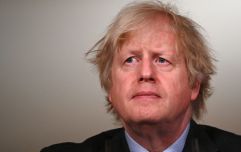 END_OF_DOCUMENT_TOKEN_TO_BE_REPLACED

Tories like Home Secretary Priti Patel tweeted their “disgust” at the racism players suffered. England defender Tyrone Mings responded: “You don’t get to stoke the fire … by labelling our anti-racism message as ‘Gesture Politics’ & then pretend to be disgusted when the very thing we’re campaigning against, happens.”

You don’t get to stoke the fire at the beginning of the tournament by labelling our anti-racism message as ‘Gesture Politics’ & then pretend to be disgusted when the very thing we’re campaigning against, happens. https://t.co/fdTKHsxTB2

People forget that the gladiators in Roman times were slaves, so despite being beloved athletes on the field, they weren’t respected as people. Some 'fans' are happy to cheer for black players like Rashford on the pitch, but when he expresses an opinion he’s told to shut up, as implied by Tory MP Natalie Elphicke.

But with this England squad, the public sees their humanity, in the meals Rashford handed to school children, in the tears on Bukayo Saka’s face, and in the kneeling before each game. By taking a knee and telling Tories not to starve poor kids, England players have exposed just how comfortable some MPs are with inequality. They say politics shouldn’t affect sport, but sport is clearly affecting politics.

So what next? The government is working on a new law to hold social media companies responsible for abuse on their platforms but many, including Girls Aloud star Nicola Roberts, say it doesn’t prevent banned users setting up new anonymous accounts.

Also, Johnson once told a Labour MP who complained about death threats from Brexit supporters, that if she wanted to feel safe, she should focus on getting “Brexit done”. On racism, his government responded to the Black Lives Matter protests by publishing a Race Report that United Nations experts said “normalised white supremacy”.

There are other solutions, such as making employers use anonymous job application systems, because right now having an ethnic minority name cuts your chances by an average of 60%. It would also address discrimination based on class and gender. But the Tories won’t do it.

So after an England men’s team reached a final for the first time in 55 years, the pride we should be feeling is tainted by the racists on their phones, and their enablers in Downing Street.

Given that the majority of the UK has voted for parties to the left of the Conservative party in all but three elections since World War Two, and yet the Tories have been in power for most of that time, this country is much better represented by our football team than by our politicians.

popular
Influencer launches GoFundMe page to cover £8k of damage caused to Airbnb during 30th birthday bash
One Tree Hill star's husband dies aged 33 after being struck by lightning
Johnny Depp makes sizeable donation to children's hospital foundation after Amber Heard trial victory
Love Island extended tonight for ‘most dramatic and explosive Casa Amor ending' in show history
Erik ten Hag's 'five strict new rules' for Man United players revealed
Netflix's Cheer star Jerry Harris sentenced to 12 years in prison
Dad who left partner for Ukrainian refugee is now her full-time carer after she became partially blind
You may also like
News
‘Bye, bye Boris’ song playing in the background of PM’s resignation speech is the finale we all needed
News
Minister who quit after 36 hours could be entitled to £17k severance payment
News
Boris Johnson says he is 'so sad to give up the best job in the world'
Politics
Poll throws up surprising favourite to become next prime minister
Entertainment
Piers Morgan took a piglet on his show and people don't know 'what the f*** is going on anymore'
Next Page