If you turned on the radio or watched television today, you be forgiven for thinking that Jeremy Corbyn was still leader of the Labour party. Labour politician after Labour politician took to the airwaves to claim that this was Corbyn's fault - that this was his legacy. Indeed, Peter Mandelson, former Hartlepool MP and Labour stalwart, even went as far to say to Today on BBC Radio 4 that this historic loss for Labour was the two Cs: "Corbyn and Covid." 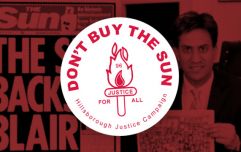 END_OF_DOCUMENT_TOKEN_TO_BE_REPLACED

If we put aside the glaring omission that, even in the catastrophic Labour defeat in 2019 under Corbyn his Labour party still held on to Hartlepool, these claims are bizarre. Yes, the Brexit party stood in 2019 and sucked up votes, but that still doesn't explain Corbyn winning it in 2017.

Corbyn hasn't been leader of Labour for over a year, and Labour leader Sir Keir Starmer couldn't have done more to distance himself from the Corbyn era; the man is no longer even a Labour MP, he's kept a relatively low profile since losing the whip, and Starmer launched his leadership on the phrase "A New Leadership." And then there are the polls. 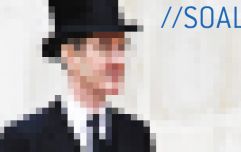 Weekly SOAL: Why champion of the poor Jacob Rees-Mogg is cross this Easter

END_OF_DOCUMENT_TOKEN_TO_BE_REPLACED

Of course, we should always take some polls with a pinch of salt, but nobody can deny that Keir Starmer was doing pretty well straight out the gate last year when he won the Labour leadership. He closed much of the gap that had developed under Corbyn's later years, and his popularity as leader rocketed. But, after a seemingly never ending list of abstentions, interviews where he repeatedly said he wanted to "support" the government rather than provide robust critique and opposition, and Labour marketing him on "not Corbyn", his popularity has evaporated.

And I don't buy suggestions of a "vaccine bounce" due to the government's world-class vaccination programme; Winston Churchill lost a general election immediately after World War Two, despite being internationally renowned for his leadership during the war. Because voters are capable of complex thought, so just trying to explain away the result on one sole issue - particularly when we've had one of the worst death tolls from Covid-19 in the world, and the scandals in the Tory party - undermines the intelligence of the electorate.

Then, of course, there is Labour's steady decline in support in its past heartlands, which was happening even under Tony Blair. If you look at the whole of the West Midlands not just the metro area, for example, part of the once "Red Wall" has not been won in raw votes by Labour since Blair's second term. In 2001, there were just four out of 28 Conservative MPs in the Birmingham metro area. By 2021, there were 14 along with a Tory mayor, Andy Street, who won the first ever mayoral election in the area; this decline clearly hasn't started, or ended, with Corbyn. 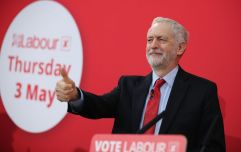 END_OF_DOCUMENT_TOKEN_TO_BE_REPLACED

And then there's the elephant in the room: Starmer, a remainer, parachuting a remainer MP candidate into a seat that voted heavily leave in 2019. Not only that, but he did it by steamrolling the Labour selection process, and chose a candidate that lost their seat in the 2019 election and was not even from the area. In many ways it's taking the public for mugs. To his credit, on some level Corbyn was a eurosceptic, and was resistant to the idea of a second referendum before being painted into a corner by his party.

And then there's the media coverage. You can't even argue that he had a tough time in the media; the nation's press have been relatively friendly to him, and there were certainly no front page stories suggesting he was linked with foreign spies, or been "systemically attacked", as Corbyn experienced. And the press have been pretty hostile to Boris Johnson recently, which is pretty easy with the constant stream of scandals pouring out the party.

The new Labour had everything they wanted out of the post-Corbyn years in terms of the political strategy: taken control from the left of the party, friendly media, kicked out Corbyn, successfully communicated Labour is no longer controlled by Corbyn, soared in the polls at the start. But the strategy has failed. If Labour can ever recover from the country slowly turning blue, they won't do it by pointing the finger elsewhere and playing a blame game.

You win elections on principles, convictions, and a vision - not finger pointing, lack of direction, and character assassinating your predecessor. Because say what you like about the government, in rhetoric they make it very simple what they want; be it "get Brexit done", "level-up", or "build back better", their language is bold and decisive. And they haven't laid into Theresa May, despite her bungling of Brexit and losing the Tory majority, in the same way Labour has attacked Corbyn.

Of course, this isn't an exhaustive analysis of Labour's decline - it'd take a pretty large book to take it all apart. But these are just some of the reasons that blaming Corbyn for Labour failures today is a sign of a party that is lazy, shockingly out of touch, and in denial.