"Tom Youngs absolutely hates me for it, as you can imagine, being from farming stock"

We are in the midst of what many - especially those on a 2020 health kick - are calling 'Veganuary'. That means forgoing a regular diet that includes the daily consumption of meat and other meals containing animal by products and embracing a full-on vegan diet.

END_OF_DOCUMENT_TOKEN_TO_BE_REPLACED

While some will see out the month of January and go back to their meat-eating ways, others may find the benefits of their new diet and incorporate veganism into their day-to-day. By doing so, they will be following in the path of sports stars such as Serena and Venus Williams, Chris Paul, Hector Bellerin, Lewis Hamilton, Novak Djokovic and Chris Smalling.

While that diet may work for certain individuals, others are dipping their toes into veganism and using it to vary their weekly diet. Embracing a vegan diet means no meat, no poultry and no dairy. Not even eggs.

On the latest episode of House of Rugby, Leicester Tigers and England star Ellis Genge told host Alex Payne and James Haskell about his recent switch to veganism.

END_OF_DOCUMENT_TOKEN_TO_BE_REPLACED

After watching the Game Changers movie on athletes, such as Djokovic, Paul and Hamilton, switching over to a vegan diet, Genge decided to look into it more and consult the nutritionist and doctors at Leicester.

"I'm vegan two days a week now," says Genge. "I watched Game-changers and then I watched the debunking of it. Then I watched the debate on it and I came to the conclusion that... I looked at the blood reports on it and if I want to operate at my highest capacity, if I'm banging loads of beetroot and my blood is a bit clearer, then that's the way to do it.

"So I eat red meat on Monday, Tuesday, white meat for two days, then two days vegan and whatever I want on the last day [usually Sunday]."

Haskell, who fully approves of Genge varying up his diet, notes that swapping full-on to veganism will not necessarily suit everybody but he notes that anyone intending to switch needs to have their bloods done. "You have to work out what you might be susceptible to," he says, "because if you go full vegan you may have to supplement stuff that you don't get [from your new diet]." 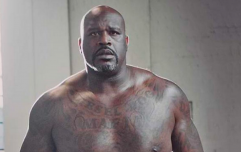 END_OF_DOCUMENT_TOKEN_TO_BE_REPLACED

Genge is a fan of mixed martial arts and one of the leading names in that sport, Nate Diaz, has been a vegan for a number of years. In a Men's Journal interview back in 2016, Diaz said, "Who's the real beast? [Eating predominantly raw and vegan] is more savvy and animalistic than anything. If anything, meat's gonna slow you down."

Genge has only made the diet alteration in the past year so it would be interesting to hear more from the prop about it in the coming months to see if he is getting the full benefits of stepping away from the full carnivore diet.

popular
Robin Williams' wife shares reason why he killed himself
Fans shocked by Tommy Lee's extremely X-rated post on Instagram
‘Time traveller from 2090’ warns humans of worst event in history in coming days
Intruder who broke into monkey enclosure in Tasmania at risk of ‘potentially fatal’ herpes
Woman arrested after husband caught her on video allegedly using drain cleaner to poison him
Groom shocks wedding by playing video of his bride cheating with her brother-in-law
Antonio Conte 'banishes' four Tottenham players from first-team
You may also like
Food
Former vegan Bear Grylls says he is now 'against vegetables' and largely eats meat
News
World's fattest cat on mission to lose weight after trolls hit out at owners
Fitness & Health
Britain's strongest man on the 14,000 calorie diet that fuels him
News
Woman says she 'can't stop eating her dead husband's ashes'
Entertainment
YouTube star Chunkz on the no bullsh*t diet which helped him lose 42kg
Next Page