A couple of days ago, Frank Warren revealed that Tyson Fury's next fight would come against an opponent who is ranked in the top five by a governing body.

END_OF_DOCUMENT_TOKEN_TO_BE_REPLACED

That revelation piqued fans' curiosity in relation to who would be sharing the ring with 'The Gypsy King' next.

Fury recently signed a lucrative broadcast deal with ESPN, which will see the network exclusively show the British heavyweight's fights in the United States.

Fury's ESPN deal, coupled with his new co-promotional agreement with Top Rank, made his much-discussed rematch with Deontay Wilder unlikely for his next outing as Fury made it clear that the plan was to take an interim fight this summer in order to boost his exposure Stateside.

While the exposure bout was initially rumoured to come against Oscar Rivas, it is now being reported that Fury will instead be fighting unbeaten German contender Tom Schwarz. 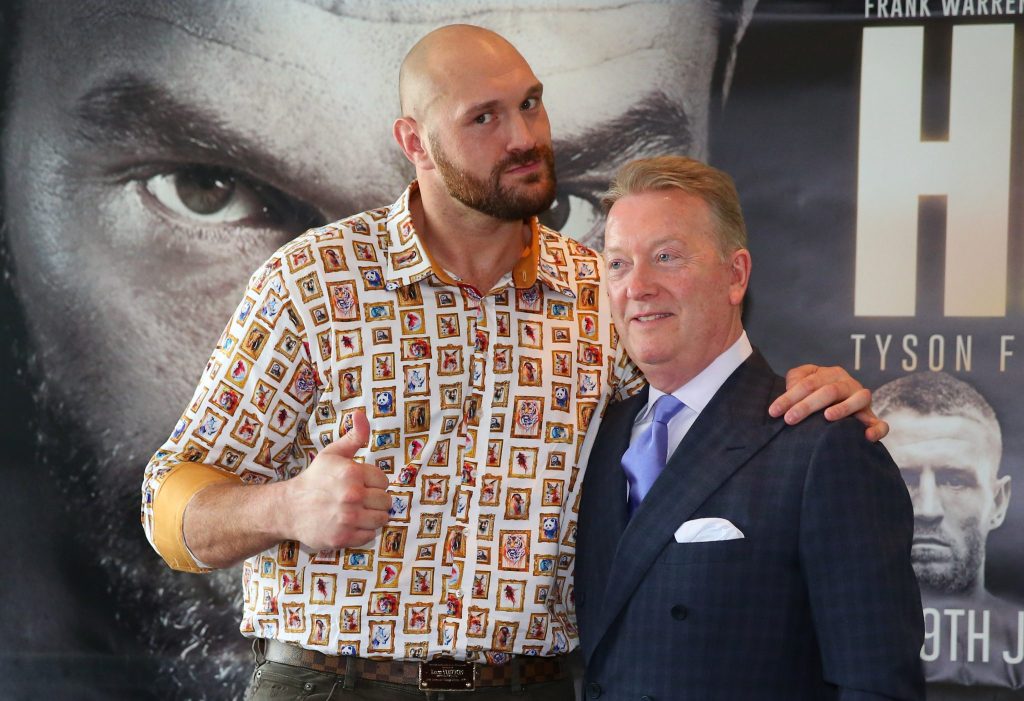 The report comes from ESPN Deportes, who state that the fight will take place on June 15 at the Thomas & Mack Centre in Las Vegas, Nevada.

Schwarz might not be a recognisable name for casual fans but the 24-year-old has a solid record of 24-0, with 16 of his wins coming by way of knockout.

END_OF_DOCUMENT_TOKEN_TO_BE_REPLACED

The German is ranked just behind WBO heavyweight champion Anthony Joshua and No. 1 ranked Dillian Whyte in the World Boxing Organisation rankings, having successfully defended the WBO inter-continental title against Kristijan Krstacic earlier this month.

Fury's promoter, Frank Warren, recently claimed that Wilder's decision to reject an offer from DAZN would make the rematch with 'The Gypsy King' more likely to happen this year.

"What he’s done, he’s turned down the offer to go and fight on DAZN in the States… and stayed with his broadcaster Showtime," Warren told talkSPORT.

"That’s good news for us, from Tyson Fury’s point of view, because I think that fight will get made now, I think it’ll get made this year."