On Rafael Nadal, Brian Wilson and the battle between genius and time

Last year saw former Beach Boys frontman Brian Wilson tour the iconic 'Pet Sounds' album to commemorate its 50th anniversary, with its last ever European airing – or so we thought – taking the form of a festival slot at Primavera Sound in Barcelona.

As the Californian sat behind a keyboard, less than a month shy of his 74th birthday, he had long since arrived at the stage where he knew he could no longer do everything his body allowed in his youth. Watching him under the Spanish sun couldn't help but conjure memories of another man coming to terms with a waning elite status, just as far removed both physically and spiritually from his own beachfront upbringing as Wilson was from those days in Southern California. 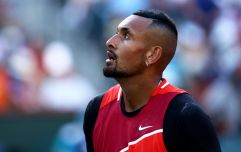 Nick Kyrgios apologises to ballboy after nearly hitting him with racket

END_OF_DOCUMENT_TOKEN_TO_BE_REPLACED

And, in much the same way as Wilson was unprepared to draw a line under his career last summer, extending the tour into 2017, Rafael Nadal's run to the final of this year's Australian Open is the surest sign of a man determined to walk away on his own terms.

Like Nadal, Wilson has come to terms with the fact that only some of the elements behind his original success – both recorded and live – are replicable, both for him as a performer and for the world in which his performances exist.

As a teenage sensation, arriving at Wimbledon a cocky kid in cut-off sleeves who hit with a brute force absent from the still-thriving serve-and-volley proponents of the early-mid 2000s (Tim Henman would reach the quarter finals in both 2003, Nadal's first year, and 2004, while big servers Mark Philippousis and Andy Roddick would reach those two finals respectively), the Spaniard was offering something which the old guard knew wasn't brand new, but were willing to accept was coming to usurp the systems upon which they had relied. 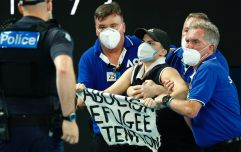 END_OF_DOCUMENT_TOKEN_TO_BE_REPLACED

Just as early critics dismissed Nadal's approach as overexuberant or unsustainable, perhaps in an effort to convince themselves – rather than him – that it would not make the impact it promised, there were plenty unconvinced that 'Pet Sounds' was the landmark of a musical sea-change, dismissing it as a one-off. To be fair to the nay-sayers, both were one-offs in a sense, namely that both Nadal and the Beach Boys were outstanding within the context of offering something different, but to dismiss the idea of copycats who would prove at least competent enough to qualify the changes as a new trend feels (or felt) disingenuous at best and self-preserving to the point of long-term hindrance at worst.

However, it is equally self-defeating to assume permanence when discussing a quality which itself usurped – or threatened to usurp – something that felt primed to last forever.

Wilson accepted this, welcoming Matt Jardine on tour with the Beach Boys long before 2016 and recognising the son of his bandmate Al – born, as it happens, the year that 'Pet Sounds' was released – was a better fit for many of the high notes than an ageing former frontman whose body, outside and in, required protection in order to extend a performing career to the point that he would be able to walk away when he wanted rather than when he had to.

Indeed, during the performance of Pet Sounds on a sunny Saturday afternoon in Primavera, Wilson welcomed Matt with a smile on his face as if to suggest he was more than comfortable with the situation and more than ready to pass the baton. Nadal, who won his final 2016 title in the same city six weeks earlier, may also be approaching that stage – but he's not quite there yet. 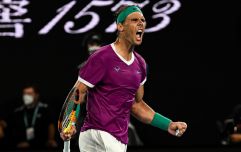 END_OF_DOCUMENT_TOKEN_TO_BE_REPLACED

During the US Open last year, as Nadal prepared to dismiss Andrey Kuznetsov in a second-round meeting which was unremarkable save for one stand-out point, former world number two Alex Corretja told me he couldn't foresee another male teenager hitting the heights of Nadal at such a young age. The impact of that on-court arrogance of that shy kid from the Balearics would be in style, rather than precociousness. And watching the likes of Andy Murray achieve spells of near-infallibility in their late 20s, marrying mental resilience with a physical and technical peak, it is hard to find fault with this argument.

In the semi-finals of this year's Australian Open, Nadal found himself up against Grigor Dimitrov, a man who was going through puberty when his opponent in Melbourne was winning his first Grand Slam back in 2005. That the Bulgarian was chasing his first major final at the age of 25 is normal, rather than a sign of late blooming, such is the near-ubiquity of just a few names at the top of the sport. It is here that the influence of Nadal – if not only Nadal – is evident, in the prominence of hard-hitting baseliners.

To credit the Spaniard with inventing the style is nonsense, of course, but he played a huge role in taking an approach which helped the Kuerten/Coria generation sustain themselves for a year on a few months' top-level play and ensure the approach was sustainable throughout the grass court season to make it a year-round thing.

Of course, the lack of a mini-break in the form of early exits on grass can be regarded as a contributing factor in Nadal's body becoming less reliable. In the week that former Manchester United and England defender Rio Ferdinand suggested 31-year-old Wayne Rooney had 'the body of a 40-year-old', such was the strain under which he had put it for a decade and a half, the narrative around the Federer-Nadal final in Australia was one of finality, of two men from a different era digging deep to edge past the young contenders one last time. That's not to say the assessment is untrue, of course, but Nadal is just 30, less than 12 months older than Djokovic and Murray, yet – like Wilson at Primavera – feels as though he is relying on little more than muscle memory at times.

A musician whose career has spanned a period as long as Wilson's will, one could argue, always have moments where a live performance can carry elements of autopilot. There will always be those who complain, having forked out on tickets to a festival in the hope of seeing the flawless performance they have convinced themselves will appear as if by magic, in much the same way as tennis fans play out a masterclass in their head before heading to Melbourne, Paris, London or New York with the expectation of a repeat and feel cheated if it does not meet their expectations. But sometimes, especially if the performer in question has come to terms with their personal limitations, they will sacrifice a little in the execution and flair in order for the finished product to be as memorable as they can possibly make it. If there's a chance that each one might be the last one, the balance can play havoc with one's mind when the time comes to take the stage.

Towards the end of the Dimitrov game, in the face of a younger, more mobile opponent, Nadal appears less comfortable mixing up his serves, yet is no less resilient. The approach becomes more uniform, as he begins to rely on hitting Dimitrov's backhand at every opportunity – though how much of this is a sign of distrust in his capabilities and how much is a conservation of mental energy is unclear.

Such an approach seems far more evident in this game than in the eventual final against Federer, where the freedom associated with almost playing a game in a different era allows both competitors the freedom to return to the mental back-and-forth that characterised their previous meetings, regardless of surface. But that isn't the only manner in which the game has changed.

When Nadal walked on court at Melbourne for the first time, the Hawk-Eye system and challenges were yet to be implemented – indeed it was several years before technology intruded on the game at anything close to the level we accept as normal in 2017. While not the be all and end all, on-court demeanour undoubtedly played a part in an umpire's decisions, albeit more in a sense of casting doubt on future calls rather than influencing judgements in the moment. Incidents such as John McEnroe's infamous dispute with Edward James could not happen today, and indeed this year's Nadal-Federer final carried an accurate-yet-anticlimactic finish which would have been impossible in either player's first Grand Slam win.

Nadal won his first meeting with Federer, back in 2004 (Photo by Ezra Shaw/Getty Images)

The passage of time and progression of body and mind is similarly evident in Nadal's on-court demeanour and style. By now he has eschewed the cut-off sleeves for a simple white t-shirt, to the point that even Federer in the final seems more extravagant in his choice of outfit. At his peak, visible arms were almost part of Nadal's brand, turning his body into part of his uniform in a way that only accentuated his machine-like qualities. Now, like Wilson, sat down in his dark blue shirt and free of the windswept hair of his youth, the otherworldly aura is gone, forcing the immeasurable talent to stand on its own. It can still do just that, but for how much longer?

When he was the new kid on the block, the teenaged Nadal had a Beach Boys-esque quality of being distrusted by the establishment and pushing ahead regardless, sticking to his guns. But now, with the subsequent generation aping his super-athletic, hard-training and hard-hitting approach, to the point where one of his greatest achievements was laying the framework for the game he recreated to move on and overtake him.

Now he is just one of the other names in the bracket; the fourth-headliner with the early evening slot, rather than the main event who everyone expects to be up there on stage right at the end every time.