Players gathered at the stadium to pay their respects

Leicester City players gathered at the King Power Stadium this afternoon to pay their respects to Vichai Srivaddhanaprabha, the club chairman who died in a helicopter crash on Saturday night. 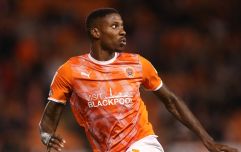 END_OF_DOCUMENT_TOKEN_TO_BE_REPLACED

On Sunday evening, the club issued a statement confirming that he was one of five people in the helicopter to die in the blaze.

"It is with the deepest regret and a collective broken heart that we confirm our Chairman, Vichai Srivaddhanaprabha, was among those to have tragically lost their lives on Saturday evening when a helicopter carrying him and four other people crashed outside the King Power Stadium. None of the five people on-board survived," the statement read.

Tributes then came pouring in on social media from both past and present Leicester players,  as well as a number of public figures who knew Srivaddhanaprabha well.

Today, the players travelled to the ground today to offer their condolences to the Srivaddhanaprabha family, who laid a wreath at the scene earlier today. Leicester manager Claude Puel was present with his squad to pay tribute to Srivaddhanaprabha.

Jamie Vardy, Kasper Schmeichel and the entire Leicester squad joined the family of Vichai Srivaddhanaprabha in paying their respects at the King Power Stadium on Monday. 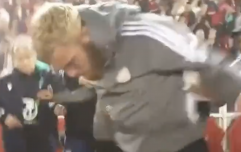 END_OF_DOCUMENT_TOKEN_TO_BE_REPLACED

The EFL has already confirmed that Leicester's Carabao Cup tie against Southampton that had been planned for Tuesday has been postponed until further notice.

In a statement issued on Sunday night, the EFL said: "The decision comes after the devastating events at the King Power Stadium on Saturday evening when, shortly after taking off, a helicopter crashed into a stadium car park.

"The Club has now confirmed that there were five people on board, including Leicester City Chairman Vichai Srivaddhanaprabha, and all have tragically lost their lives."