Having 30,000 followers makes you a celebrity, UK advertising watchdog says

Are you a celebrity?

We all have main character syndrome, believing that we are the centre of the universe and that everyone else is merely a side character. 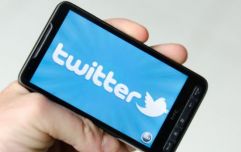 Twitter suspends accounts linked with Politics For All owner

END_OF_DOCUMENT_TOKEN_TO_BE_REPLACED

However, the UK’s Advertising Standards Authority (ASA) has said that people with over 30,000 followers on social media are classed as celebrities. This means you are included in the same category as people such as Love Islanders, former reality show contestants, and even David Beckham.

This new ruling comes after social media user @ThisMamaLife (who has 32,000 followers) posted an ad for sleeping tablets, which under UK regulation is illegal.

Initially, Sanofi, the drug company that had paid for the ad, argued that ThisMamaLife had a comparatively small following compared to other established celebrities. For the ASA, there is no distinguishable difference between the likes of David Beckham and someone with only 30,000 followers.

“We noted Sanofi’s argument regarding the comparatively low number of followers ThisMamaLife had in contrast to notable celebrities,” the ASA said. 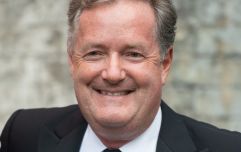 END_OF_DOCUMENT_TOKEN_TO_BE_REPLACED

In other social media news, Maya Ansar, an Influencer with 13.5k followers on TikTok, claims she can orgasm without even touching herself.

In her video, she details how merely thinking hard enough can make her climax, a skill I am sure we all wish we had when those early morning meetings just don't seem to be wrapping up.

“I don’t have to fantasize or anything, I just have to think ‘come’ and it happens,” she told Vice. “It’s literally about being so in tune with your mind and body and realizing that an orgasm is more mental than anything else.”

This brings a whole new meaning to "If you want a job done right, do it yourself."