What do French people think about Brexit?

France is as close to England as Northern Ireland to Scotland. And loath as many are to admit it, our frères et soeurs often know us better than ourselves. You could argue rosbif is a foreshadowing of gammon, divined from the meaty stars over the English channel.

Despite all the drama, it's obvious we get on. We tunnelled under an ocean to link our capitals. That train route has been described as one of the modern wonders of the world. So, maybe we should listen to them when they say we are "slightly in the shit" when it comes to Brexit.


OK, you probably didn't Pierre to tell you that. You knew it already. But there's something more painful about hearing it in French. Salt in the wound, probably because of the centuries of war, sporting rivalry and mock accents. 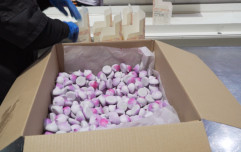 Building a post-Brexit business without the EU

END_OF_DOCUMENT_TOKEN_TO_BE_REPLACED

So, in the name of schadenfreude (cheers Germany), we took to the streets of Nice and asked the assorted public for their take on the catastrofuck currently engulfing British politics.

Do they dislike Boris Johnson? Will Brexit fragment the European order and create opportunity for a predatory Russia? Yes to both. Have I reached a sufficient word count for this intro? We both know the answer to that.


popular
This is the hardest Pokémon quiz you'll ever take
A definitive ranking of every swear word from worst to best
The JOE Friday Pub Quiz: Week 179
Eddie Hearn claims Tyson Fury didn't follow through on purse donation promise
The definitive ranking all 151 original Pokémon from worst to best
Disabled army veteran breaks world record by deadlifting 505kg
Here's how to recover all your deleted Facebook photos and messages

You may also like
Politics
Dawn Butler MP on her exasperation with racism
Politics
Brexiteers have won, what do they want now?
Politics
Sadiq Khan's Brexit Day message of hope and tolerance
Politics
Explained: Why London is full of empty, luxury homes
Politics
The UK's youngest MP on the racism in parliament
Next Page