Belgium could be getting a four-day week

Belgium could be moving toward a four-day working week

The Belgium government has agreed to a vote on proposals to introduce a countrywide four-day working week. 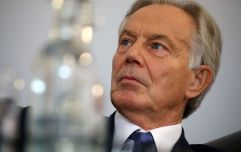 END_OF_DOCUMENT_TOKEN_TO_BE_REPLACED

All parties have agreed "in principle" that employees should be entitled to more flexible working but the plans don't include a reduction of hours.

Employees will be expected to work their contracted hours over four days, meaning to qualify for an extra day off, an average workday will be extended to nine and a half hours.

The proposals will go to a vote next week.

In March, the Spanish government agreed to trial a four-day week with selected businesses. The proposals were brought forward by the small left-wing Spanish party Más País.

Proposals are also being considered by the Irish and Scottish governments.

When Jeremy Corbyn proposed a four-day-working-week in 2019, the Tories said his plans "would cripple the NHS".

At the time, the Conservatives claimed that the introduction of the four-day week would increase staff costs at the NHS by £6.1 billion a year. 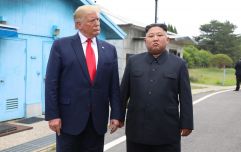 END_OF_DOCUMENT_TOKEN_TO_BE_REPLACED

A huge figure, not recognised when a trial took place in Iceland.

The two large-scale trials reduced the working week of 35-36 hours with no reduction in pay.

UK-based thinktank Autonomy said that broadly speaking, the Icelandic trials had an inconsequential financial impact, due to productivity gains.

In some industries where the government was forced to hire workers to cover shortfall - like healthcare - increased costs were estimated at around £24.2 million. 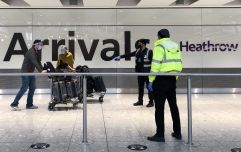 END_OF_DOCUMENT_TOKEN_TO_BE_REPLACED

To put this in perspective: the budget of the Icelandic government in 2019 was £5.1 million. The extra cost was therefore, marginal.

Icelandic research organisation the Association for Sustainability and Democracy (Alda) reported a dramatic increase in worker well-being across a range of indicators: from perceived stress and burnout to health and work-life balance.

As a result, 86 per cent of Iceland’s population are now entitled to permanently shortened hours.

popular
Over 200 kilos of cocaine with Liverpool FC branding seized
The JOE Friday Pub Quiz: Week 271
Pro Volleyballer spends £590K believing he was dating supermodel Alessandra Ambrosio for 15 years
Tobey Maguire Spider-Man spotted in No Way Home merchandise
Ava White, 12, dies after Liverpool stabbing - four boys aged 13 to 15 arrested on suspicion of murder
A definitive ranking of every swear word from worst to best
Woman left devastated when nobody turned up to her Friendsgiving
You may also like
Sport
Van der Vaart tells Courtois to 'stop whining' about number of games in the football calendar
Sport
Thibaut Courtois accuses UEFA of prioritising money over player welfare
Sport
France score dramatic late winner against Belgium to secure place in Nations League final
Life
Woman who says she's 'having affair' with chimp is banned from visiting him by zoo
News
At least 21 dead and dozens missing as floods rip through Germany
Next Page