Michael Gove has been spotted on Bumble in Manchester

Pitch most women a six-foot tall, social smoking Virgo who's into his wine and owns at least three (!) different pairs of glasses, and you'd have some pretty good odds that they'd shag him.

END_OF_DOCUMENT_TOKEN_TO_BE_REPLACED

At least once, you'd wager, perhaps after sharing too many G&Ts in somewhere dimly lit and nondescript, like an All Bar One. Maybe twice if it's not that bad the first time. And possibly round three if you bump into him again in a club the next week.

But then, what if that six-foot social smoking Virgo king is less of a sexy daddy Stanley Tucci type and actually... Michael Gove?

That's right, the MP for Surrey Heath and current Secretary of State for "Levelling Up" (a title conveniently not listed on his dating profile) was spotted on Bumble this week by Manchester residents, as he was knocking about the city for the Conservative Party Conference.

The individual who spotted him while swiping couldn't believe her eyes at first, telling JOE: "I was very surprised to see Michael Gove on Bumble, at first I thought it was a fake but then I noticed that his profile was verified and his location said he was in Manchester, which made sense when I realised that was where Tory conference was. I suppose even MPs need love." 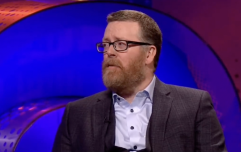 END_OF_DOCUMENT_TOKEN_TO_BE_REPLACED

Gove's dating profile features a host of delights, such as: Three out of his four pictures being selfies, and the remaining one being him playing bowls, subtle references to his work including "conservative" under his political views, and the revelation that he has an undergraduate degree! (He was the Education Secretary for four years.)

His prompt responses seem curt and standoffish, giving the appearance that he is not just a regular Tory, but one of those cool Tories who knows they're a Tory. 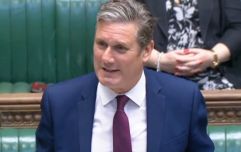 END_OF_DOCUMENT_TOKEN_TO_BE_REPLACED

In one response he answers the question "If you saw the targeted ads I get, you'd think I was..." with "Loaded, but sadly that isn't true." He's not wrong - remember when he had to claim that £7,000 home refurb on MP expenses? How embarrassingly poor of him!

In another, he states that after work he can always be found "doing more work", which is probably true these days, as opposed to the nineties when it occasionally meant doing cocaine. Something he now describes as a "mistake" and says he regrets.

And finally, his "About Me" section simply reads: "I'm afraid it's all true". Is this the kind of open and unabashed attitude that will appeal to potential Gove suitors, though? Will he really find the next Sarah Vine with a profile like this?

Dating and sexual wellness expert Dr Elesha Vooght is dubious. "Michael has clearly tried to come across as nonchalant and amusing, but it reads as uptight. His questions give someone very little to work with. There is no opening for a conversation or a question.

"Michael has chosen some photos which show a more relaxed and open side of himself, but unfortunately these mostly consist of selfies. This can give the appearance of a lack of social network, which can be off-putting to a potential date. Go for pictures taken by someone else and maybe one group shot, to show you have your own life.

"He has also adopted an unflattering angle on some of his selfies, where the camera is angled upwards from his chin. This is a bad picture for anyone as it can distort your facial proportions. Go for pictures which are eye level, as this gives your date a true image of what you really look like."

Dr Vooght continued: "The temptation may be to swipe right on an older guy like Michael because of his status. This is a legitimate reason for attraction; however, the power dynamics will be challenging. You will be expected to fit into his life, whereas he will not want to fit in around yours.

"You may end up in the spotlight for unwanted reasons, such as an awkward tweet you posted in 2011 and have completely forgotten about. Your private life may no longer be your own. My advice is to have a long think before stepping down a path with a socially powerful man as you may be making yourself vulnerable in a way you have never even considered, so you want to make sure they are worth it."

This was not the thought process going through the mind of our JOE source who spotted "Jon Bon Govey", as dubbed by Boris Johnson in his Conservative Party speech this week, on Bumble in Manchester. She admitted to JOE: "I did end up swiping right, but not to go out with him, just so I could tell him what I thought of his education reforms from when I was a teacher." Fair.

popular
Incredible case of the only known individual whose parents were two different species
TikTokers are utterly convinced there is a secret zombie apocalypse going on in China right now
Time traveller’ claims to know exact date Queen will die
Women need to be dating men 10 years older than them, says relationship coach
Jealous man glued wife's vagina shut as he caught her cheating with four men
People compare reaction to Tommy Lee's explicit post with the scrutiny Britney Spears is facing
Darius Danesh opened up about his health struggles before his tragic death aged 41
You may also like
Politics
Can you guess the real names of these UK politicians?
News
Why Nancy Pelosi's Taiwan visit is so important but could have dire 'consequences'
Politics
Jacob Rees-Mogg says he was 'wrong in the right way' about post-Brexit queues at Dover
Politics
British shoppers pay up to 50 per cent more than those in EU 'thanks to Brexit'
News
Labour frontbencher Lisa Nandy joins picket line in Wigan
Next Page