Calls to reinstate London’s night tube have been answered

Sadiq Khan has hinted that the night tube may return in the coming weeks in the aftermath of two horrific murders in London and as a petition to bring it back surpassed 80,000. 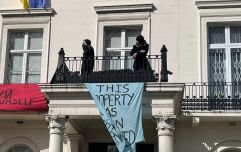 END_OF_DOCUMENT_TOKEN_TO_BE_REPLACED

The London Mayor confirmed to JOE on Thursday that a long-awaited announcement on reinstating the night tube is due in the coming weeks: "TfL have been working incredibly hard to bring it back," he said. "I know from speaking to women and girls, it makes them feel safer."

A combination of a lack of revenue and a pitiful government bailout made the service economically unviable.

Reinstating the night tube will come as welcome news to the thousands that signed Ella Watson’s petition on change.org last week calling for its return.

“In the UK and London women and girls are unsafe on the streets, especially at night” wrote Ella. “This petition calls on the following men to take responsibility for women's public safety and reopen the night tube this winter : Mayor of London and Chair of TfL Sadiq Khan, Prime Minister Boris Johnson, Transport Commissioner Andy Byford and Secretary of State for Transport Rt Hon Grant Shapps”. 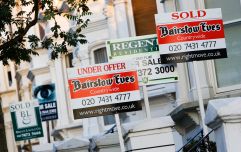 END_OF_DOCUMENT_TOKEN_TO_BE_REPLACED

Campaigners say reinstating the night tube is the first step to securing safe passage home for women on a night out and comes after the murders of Sarah Everard and Sabina Nessa.

Asked if Transport for London will provide British Transport Police to patrol the reopened service, Sadiq said they would need government support.

"We want the government to give us more support both in terms of MET service and BTP and TFL staff, I do not want to reduce staff on our underground, closing ticket offices like the previous mayor (Boris Johnson) did."

Last week Minister for London, Paul Scully, urged Khan to reinstate the night tube. Speaking to The Telegraph he said: “The Mayor needs to give people convenient, affordable choices about how to travel home safely at night. It’s not enough to talk tough on social media. Leadership in London requires action.” 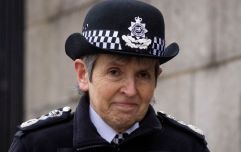 Cressida Dick to step down as Metropolitan Police chief

END_OF_DOCUMENT_TOKEN_TO_BE_REPLACED

In reply, Khan has said he thinks “Paul Scully should spend less time talking and more time listening to me".

“You’d have thought the business minister would get that.”

The 9 Scummiest moments from the Tory and Labour conferences

The pandemic has been rough on TfL and reinstating the night tube requires intervention from central government. In June, it secured a £1.08bn funding package from the government, the third bailout since the start of the pandemic.

But it’s not enough: “We’ve been asking the government for a long-term financial plan,” says Sadiq, “unless we get one, I worry about our ability to provide the services we currently provide”.

The current deal runs out on December 11th.

TfL runs a substantial deficit, something Boris Johnson will know all about, having been Mayor of London. A TfL report published a month before Johnson left office showed TfL had a nominal £9.148bn of debt.

Last week, the Metropolitan Police issued guidance to women in fear of a police officer after former Met officer Wayne Couzens was jailed for life for murdering Everard.

It suggested women ''flag down a bus or run away".

Asked if he thought his father would have stopped to pick up a distressed woman, Khan said, "I like to think he would have done."

popular
Groom slammed for going to own wedding to bride, 16, in jeans and t-shirt
Confusion as woman appears to fart during viral clip of Depp-Heard trial
Topless mum in her undies rescues pet goose from bald eagle in crazy video
The JOE Friday Pub Quiz: Week 295
Woman reveals cruel reason date dumped her after they had sex for the first time
Kylian Mbappe asked PSG to sell Neymar and replace him with Ousmane Dembele
Why Aston Villa could pocket £12m for helping Liverpool win Premier League title
You may also like
Entertainment
Sadiq Khan takes swipe at Boris Johnson after being booed by angry crowd over tube strikes
News
Cannabis possession set to be decriminalised in London under plan by Sadiq Khan
News
Sadiq Khan declares 'major incident' in London as Omicron cases surge
News
Night Tube reopening, Sadiq Khan confirms
News
Sadiq Khan tells organisers of London arms fair to cancel event and not come back
Next Page