We answered JOE reader questions about the EU Referendum

In the run-up to the EU Referendum vote on June 23, JOE will be running a number of pieces examining both sides of the debate.

Last week, we opened a special question box for JOE readers to ask any pressing questions they had about the EU referendum.

No hype, no guff, no names needed - here's what you asked, and here are the best answers we could find.

(A percentage of these answers were found using Full Fact, an independent UK charity that is currently fact checking the EU Referendum.)

If we Remain will people be able to claim on the NHS?

The ability to claim on the NHS would likely remain the same regardless of whether the UK leaves or remains in the EU. The NHS' ability to provide healthcare free at the point of access is a British government decision, as opposed to one decided by Europe.

For more on the relationship between EU immigration pressure and the NHS, you can consult Full Fact here.

If we Remain can we still have a tighter control on our borders?

Freedom of movement is one of the four essential pillars of which the EU is founded. As long as we remain, we cannot control the number of immigrants who come to the UK from the European Union. Barring a few exceptions, EU migrants retain a right to live and work in any other EU country. That's not necessarily a bad thing, as EU migrants have contributed nearly £5 billion more to the UK economy than they have used in benefits and public services. Last year did see a record number of 330,000 migrants arrive, making up 0.5% of the overall population of the UK.

If the UK were to remain, there are likely to be new restrictions on so-called "welfare tourism" of the past, long transitional periods for new EU members will also be imposed on any future EU members such as Turkey and Serbia (who may not even be granted access to the European Union). 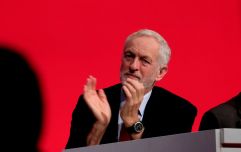 END_OF_DOCUMENT_TOKEN_TO_BE_REPLACED

Freedom of movement of people applies not only to EU member states, but also to non EU nations that belong in the European Economic Area (EEA). When Switzerland, a non-EU, EEA nation voted to restrict free movement in a public vote in 2014, the EU refused to enter negotiations.

Norway and Switzerland, two non-EU, EEA nations both have higher immigration per head of population from the EU than the UK, as of 2013.

For the UK to implement a points based immigration system as touted by the Vote Leave campaign, they would have no not only leave the EU, but also leave the single market within the EEA, which would have its own knock-on economic effects.

It is still unclear what would happen to immigration if the UK were to leave the EU, as much of this would fall under what restrictions and targets the government chooses to adopt after the decision is taken.

The Migration Observatory at the University of Oxford has recently investigated this situation which can be read here.

Will benefits still be given to those that come into the UK and refuse to work?

As of writing, benefits can be refused to people who refuse to work regardless of whether they were born in the UK or not. It is the refusal of "suitable work" rather than the place of one's birth that is important.

As part of the EU reform deal David Cameron brokered in January 2016, if the UK were to remain in the EU, they can exert an "emergency brake" on benefits to newly arrived migrants for the next seven years, with the amount they receive increasing over four years from when they arrive in the country.

As Cameron proposed late last year, "people coming to Britain from the EU must live here and contribute for four years before they qualify for in-work benefits or social housing".

If the UK were to remain in the EU, they can use this power immediately as part of the special status granted to them by the EU.

As of writing, it is unclear what would happen to EU migrant benefits if we were to leave the EU, as the ability to exercise to revoke this right lands with the current British government.

Will there be a cap on the amount spent on housing for those coming from abroad?

EU migrants are afforded up to £13,520 per year in housing benefits, and benefits are only made available once they have passed a "habitual residence test" under EU law.

Much like with working benefits, if the UK were to remain, the government will be able to enact the emergency brake given from the EU reform deal to limit these benefits.

Again, it is unclear what would happen to EU migrant benefits if we were to leave the EU.

I'd like to know whether a continental left wing movement including parties such as Podemos in Spain and Syriza in Greece as well as the Green Party and Labour in the UK could actually get enough of a foothold to reform the EU from within, making it work for the interests of the many with a popular agenda rather than the current neoliberal one.

In reality, this would require the sort of mass co-ordination and co-operation not seen on across Europe in a generation, working together to create the sort of slow gradual reform for the people government was built for.

Could it happen? Perhaps. Maybe.

Will it happen? Honestly, we have no idea.