The value of British Sterling hit its lowest value since 1985 after Britain has voted to leave the EU. 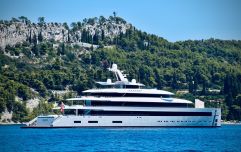 END_OF_DOCUMENT_TOKEN_TO_BE_REPLACED

The 10 per cent drop in the value of the pound is the biggest one-day fall ever seen. For everyday people a weaker pound means you can buy fewer dollars, euros or other foreign currency making buying goods and services abroad more expensive.

Many economists had predicted the pound to fall in value, as well as warning that the markets could suffer, and the housing market could lose up to 30% in value.

Instability is to be expected after such a huge decision, and not necessarily a cause for concern, but if the housing market suffers in the way some experts have predicted, it could have longlasting implications for home owners.

Markets in Asia plummeted over night with the news of the EU referendum vote and London's main share index the FTSE is predicted to open severely down.

There were some pretty grim reactions about the pound on Twitter...

The pound is at its lowest level since 1985. I don't think anyone's getting 'their country back.' #EUReferendum

The pound at the lowest since 1985

Although the tumbling value of the pound didn't seem to bother some...

Just because the pound fell yesterday it means jack shit in the long run, 17 million people wanted this so get the fuck on with it!

popular
McDonald's launching new Big Mac with twist for first time ever in UK
Evan Rachel Wood claims Marilyn Manson ‘essentially raped her’ in music video
Everything we know about new 'stealth Omicron' strain
Taylor Swift drags Damon Albarn after he claims she 'doesn’t write her own songs'
Hero Jordan Henderson tries to prevent Liverpool fan from taking shirt off child
Pierce Brosnan has the perfect response to trolls who attack wife's weight
Woman stabbed to death before knifeman run over and killed as driver ‘tries to save her’
You may also like
Life
Woman who saved enough to retire by 26 reveals three golden rules she stuck to
Sport
Andy Murray rejects offer to play in Saudi Arabia over human rights record
Fitness & Health
Man awarded €40,000 in court because his job is so boring
News
Chilling footage shows rapper killing rival gang member in drive-by shooting
Life
CEO gives workers $10k and first class tickets to anywhere in the world
Next Page