During his State of the Union address Donald Trump said he would hold a second nuclear summit with Kim Jong-un this month. 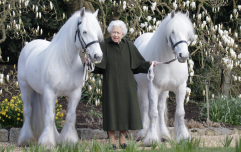 END_OF_DOCUMENT_TOKEN_TO_BE_REPLACED

The president will meet North Korea's leader in Vietnam on February 27 and 28.

Trump said: "Much work remains to be done, but my relationship with Kim Jong-un is a good one."

His speech also called for unity and bipartisanship, following the longest ever government shutdown after Democrats refused to fund a border wall with Mexico. A second shutdown could be imminent if a spending plan is not approved by the end of next week.

When Trump met Kim in Singapore last year it was the first meeting between a sitting US president and North Korean leader in history. 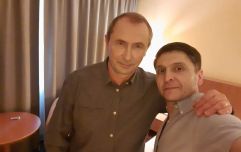 END_OF_DOCUMENT_TOKEN_TO_BE_REPLACED

North Korea still refuses to allow weapons inspectors into the country and sanctions are currently imposed by the US and other nations.

Pyongyang has not conducted a nuclear test since last summer but has not committed to denuclearisation.

Following their last meeting a second summit without a written commitment of some kind, be it nuclear or a treaty to end the 68-year long Korean war, would be viewed sceptically.