The potential punishments for the Super League's founding clubs

Players could be banned for FIFA and UEFA competitions

Football's major organisations have come out and made clear the consequences and punishments that teams involved in the Super League will face.

END_OF_DOCUMENT_TOKEN_TO_BE_REPLACED

UEFA released a statement alongside the Premier League, Serie A, LaLiga, the FA, and the Italian and Spanish Football Federations saying that any clubs involved in the new competition will be "banned from playing in any other competition at domestic, European or world level".

The statement labels the breakaway tournament as a "cynical project, a project that is founded by the self-interest of a few clubs at a time when society needs solidarity more than ever."

It goes onto say: "As previously announced by FIFA and the six Confederations, the clubs concerned will be banned from playing in any other competition at domestic, European or world level, and their players could be denied the opportunity to represent their national teams.

Do you want a European Super League?

We thank those clubs in other countries, especially the French and German clubs, who have refused to sign up to this. We call on all lovers of football, supporters and politicians, to join us in fighting against such a project if it were to be announced. This persistent self-interest of a few has been going on for too long. Enough is enough."

So UEFA aren't pulling any punches. 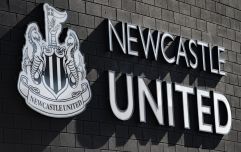 Newcastle takeover by Saudi sovereign fund could go through today

END_OF_DOCUMENT_TOKEN_TO_BE_REPLACED

Now it's reported that any teams that join the new league and then wish to return to their domestic competition will have to start at the fifth tier.

So if any of Spurs, Liverpool, Manchester United, Manchester City, Chelsea or Arsenal joined the Super League - which could see them kicked out of the Premier League - and then wished to return to the English football system, they would have to start in the National League.

It is worth noting that all clubs involved have expressed their desire to continue to operate within the domestic system, but given the fury which has greeted the announcement, and the accusations of betrayal, it remains to be seen whether that option will be entertained.