Pringles are actually biscuits, according to the law of this fucked-up land

There is no way in this world, this topsy-turvy, backwards-ass, country-fried shitheap of a world that Pringles are anything other than crisps. Look at them. Go and buy some Pringles and look at them. Study them closely. Crush them into smithereens and rub the crumbs into your eyes. See that? Do you see? They're crisp crumbs; the crumbs of crisps. Pringles are crisps. They're fucking crisps. 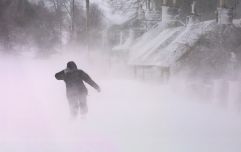 END_OF_DOCUMENT_TOKEN_TO_BE_REPLACED

According to a 2008 High Court ruling - yes, one of the Senior Courts of England and Wales had to get involved in this bollocks - Pringles are not crisps. Their "unnatural shape" and insufficient potato content (less than 50%) means that Pringles cannot be potato crisps, so said Mr Justice Warren.

You'd think Pringles would be proud to stand alongside its crunchy brethren and wear the badge of crisp with honour, but potato crisps are subject to VAT, something manufacturer Procter & Gamble (P&G) wanted to change. On the plus side, that means Pringles are cheaper than they would be otherwise - hard to complain about that.

On the left, Pringles. On the right, a biscuit. INDISTINGUISHABLE.

But then P&G had to go too far. They went through the looking glass. They went to fucking Mars. They claimed that, because Pringles are made and shaped from a dough, they are more like a cake or a biscuit.

END_OF_DOCUMENT_TOKEN_TO_BE_REPLACED

popular
The JOE Friday Pub Quiz: Week 271
Pro Volleyballer spends £590K believing he was dating supermodel Alessandra Ambrosio for 15 years
A definitive ranking of every swear word from worst to best
Over 200 kilos of cocaine with Liverpool FC branding seized
Tobey Maguire Spider-Man spotted in No Way Home merchandise
Ava White, 12, dies after Liverpool stabbing - four boys aged 13 to 15 arrested on suspicion of murder
BT Sport release statement as Chris Sutton is denied access to Ibrox again
You may also like
News
British man arrested in Berlin on suspicion of being a Russian spy
News
People will die because of the EU’s petulant behaviour over the AstraZeneca vaccine
Gaming
Addictive new game makes you guess the UK location from the nearest Wetherspoons
News
Why British exceptionalism is so dangerous
Entertainment
French person learns quintessentially British expressions
Next Page