The reason we've struggled to track the Loch Ness monster down for so long is because the creature is actually a whale's penis, one professor has argued. 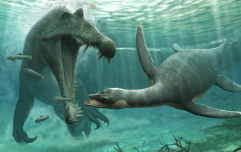 END_OF_DOCUMENT_TOKEN_TO_BE_REPLACED

Michael Sweet, professor in Molecular Ecology at the University of Derby, believes that the myth about the creature comes from drawings that travellers and explorers drew back in the day.

The professor claims that the drawings of "tentacled and alienesque" creatures are actually drawings of a whale's willy during mating season, the Daily Record reports.

Posting on Twitter, Prof Sweet said: "Back in the day, travellers/explorers would draw what they saw.

"This is where many sea monster stories come from, i.e. tentacled and alienesque appendages emerging from the water - giving belief to something more sinister lurking beneath…however, many cases it was just whale di*ks. 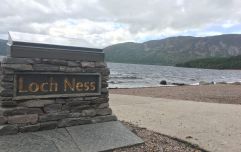 END_OF_DOCUMENT_TOKEN_TO_BE_REPLACED

"Whales often mate in groups so while one male is busy with the female, the other male just pops his di*k out of the water while swimming around waiting his turn. Everyone’s gotta have a bit of fun, right?" he added.

"One female whale is typically paired with a primary escort (male) and a group of males will try to fight for their right to overthrow the escort and earn mating rights.

"A competition pod can have just a handful of whales or a larger group of 12-15."

Back in day, travellers/explorers would draw what they saw. This is where many sea monster stories come from ie. tentacled and alienesque appendages emerging from the water - giving belief to something more sinister lurking beneath....however, many cases it was just whale dicks. pic.twitter.com/6ZH1nJZvB1 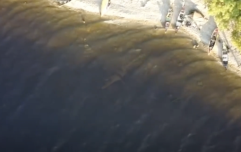 END_OF_DOCUMENT_TOKEN_TO_BE_REPLACED

Professor Sweet's tweet exploded across Twitter, gaining well over 90,000 likes. Many were just obsessed with the fact that whales boast their penises openly in the wild.

"Why were the whales showing their d***s off to random people?" one said.

"I’ve never been more mad about anything in my entire life," another added.

But not everybody was willing to take on this theory.

"I respectfully disagree," one person wrote, "Nearly all depictions/descriptions of "long necks" have been very dark in coloration, and whale penises are very light colored, and pink. No one would confuse that with what these other people have seen."

Of course, this guy is certainly not the only one to still have faith in old Nessie.

It was only two weeks ago that a Loch Ness monster spotter recorded a video which marked the first official sighting of 2022.

And last year, a wild camper got a monster of a surprise when he looked back on his 4k drone footage to see what he appeared to show the creature.

It seems that this whale penis theory won't convince everyone - and for now, the Scottish monster lives fight another day...

popular
Darius Danesh opened up about his health struggles before his tragic death aged 41
Incredible case of the only known individual whose parents were two different species
Elon Musk announces his intentions to buy Manchester United
Darius Danesh pictured with Gerard Butler before his death
TikTokers are utterly convinced there is a secret zombie apocalypse going on in China right now
Experts predict five billion people will die if a nuclear war erupts between Russia and the US
Pop Idol star Darius Danesh found dead aged 41
You may also like
News
New Loch Ness Monster sighting as creature spotted for second time in 11 days
News
An underwater robot has found the Loch Ness monster...kind of
News
Benjamin Mendy was a 'predator' who 'engineered situations' to rape women, court told
News
Keir Starmer explains why he's 'not going to apologise' for going on holiday during crisis
Life
UK zoo hits back as visitors brand it a 'zombie apocalypse' with 'sad and abandoned' animals
Next Page