A leaked email has shown that over 100 members of staff were invited to a garden party at Downing Street during the height of lockdown, ITV revealed tonight.

END_OF_DOCUMENT_TOKEN_TO_BE_REPLACED

The email contains evidence of a party which took place on May 20, 2020 - a period when the country was under intense restrictions which allowed them to only meet one person outdoors.

Over 100 members of staff were sent the invitation by the prime minister's principal private secretary Martin Reynolds in which they were invited to a gathering to "make the most of the lovely weather."

EXCL: Email obtained by @itvnews proves over 100 staff were invited to drinks party in No 10 garden at height of lockdown to “make the most of the lovely weather”.

We’re told PM and his wife attended, with staff invited to “bring your own booze!”https://t.co/rg34EIkdz2 pic.twitter.com/UORlSwwHJX 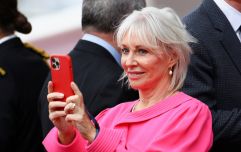 END_OF_DOCUMENT_TOKEN_TO_BE_REPLACED

The email read: "Hi all,

"After what has been an incredibly busy period it would be nice to make the most of the lovely weather and have some socially distanced drinks in the No10 garden this evening.

"Please join us from 6pm and bring your own booze!"

Reports suggest that around 40 people attended the event, including Boris Johnson and his wife, Carrie. The email follows previous allegations of a party which had been hosted on May 15, 2020 after photos of Johnson, his wife and others, including Reynolds eating cheese and drinking wine.

Downing Street have previously insisted that the published photograph was a work meeting, however latest evidence now suggests that it was a social gathering.

NEW: Downing Street staff and Boris Johnson pictured drinking wine in the No 10 garden last May when the rest of the country was limited to meeting just one other person socially outdoors.

On the day the party is alleged to have happened, Culture Secretary Oliver Dowden had addressed the nation where he reminded the nation during the daily press conference that they must only meet in pairs outdoors just an hour before the event.