As festival season overlaps with a summer of sport, we bring you the best quotes from the past week...

"I love what I’m doing now but I’d swap it all to play in The Ashes" - Freddie Flintoff, speaking exclusively to JOE. 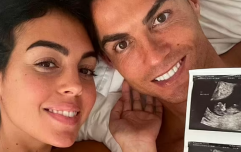 END_OF_DOCUMENT_TOKEN_TO_BE_REPLACED

"When I look at this product, I see myself" - Cristiano Ronaldo in his newest and most bizarre ad campaign.

"While we introduced other away fan benefits, we felt it would be more beneficial to our supporters if we took the step of guaranteeing them cheaper tickets for all our away games, whether there was a reciprocal deal in place or not - Swansea City vice-chairman Leigh Dineen after the club pledged to part-subsidise away travel for all their fans throughout the 2015-16 season.

Do Cameron & Osborne actually think that people in the north are ok with the term "Northern Powerhouse ?". Patronising and thick or what ?

"Like most hip-hop gigs, after 45 minutes you're going, 'I want something else now" - Noel Gallagher loved Kanye West at Glastonbury...up to a point.

"How do you feel about having 5-star skills on FIFA" - the first question put to Premier League footballer Yannick Bolasie in an unusual interview.

END_OF_DOCUMENT_TOKEN_TO_BE_REPLACED

"ISIS can go f**k themselves. That’s some crazy s**t what they’re doing" - musician Shaggy, who has a plan to stop the militant group.

"It seems that it would be impossible to reach that kind of skill, and that’s what stops me" - Vladimir Putin explaining why he's yet to take up yoga.

"You want more, we're going to give you more" - Damon Albarn, whose five-hour curfew-busting festival set was cut short.

"I always think there's something a bit creepy about me driving round giving ice-creams to children so I've refrained from that!" - Rupert Grint, who has traded in his ice cream van for a new Ferrari.