President Joe Biden has said that he does not think that  Donald Trump should continue to receive intelligence briefings.

END_OF_DOCUMENT_TOKEN_TO_BE_REPLACED

Biden was asked on Friday by CBS Evening News anchor Norah O’Donnell if his predecessor should be given access to the briefings.

"I think not," was his response.

Biden cited Trump's "erratic behaviour unrelated to the insurrection," as to why he thinks there should be the break with tradition.

Joe Biden says he does not believe Donald Trump should have access to intelligence briefings because he cannot be trusted pic.twitter.com/ua0pP7kd26

It is standard practice for former US Presidents to continue to receive some access to security briefings even after they leave the White House.

Donald Trump's second impeachment trial is set to begin on February 9th, making him the first US president in history to be impeached twice. 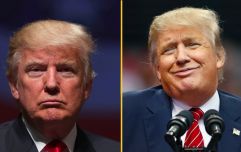 END_OF_DOCUMENT_TOKEN_TO_BE_REPLACED

He is being accused of incitement of insurrection, following his followers storming the US Capitol building in Washington. The violent events of January 6th left five people dead, and multiple people involved are now in custody.

Joe Biden is of course now President, so Trump can no longer be removed from office. However, it is widely agreed one of the main reasons for the impeachment being pursued is that if found guilty, it would likely prevent him from running for office again, and derail any 2024 Presidential bid.

Donald Trump's entire legal team have quit just over a week before the former President faces his second impeachment trial.

Last weekend, it was confirmed that Trump's entire legal team have quit just over a week before the trial. Lead attorney Butch Bowers, who is believed to have put together the team, resigned along with Deborah Barbier, Johnny Gasser, Greg Harris and Josh Howard.

Donald Trump faced his first impeachment trial in January 2020 but was acquitted.

popular
Uefa to investigate Manuel Neuer over rainbow armband
The JOE Friday Pub Quiz: Week 248
England and Scotland fans flimed fighting after "we hate Scotland" chants
QUIZ: Can you name these countries on a map?
Uefa stop review of Manuel Neuer's rainbow captain armband
Didi Hamann says Ronaldo looks "a fool" after needless showboating against Germany
A definitive ranking of every swear word from worst to best
You may also like
Politics
Osama Bin-Laden's niece gatecrashes Biden-Putin meeting with 'Trump Won' flag
Politics
Difference between Donald Trump and Joe Biden encapsulated in one five second video
News
Trump sued for $22m for calling Covid ‘China flu’
Politics
Of course Donald Trump is launching his social media platform on July 4
News
Donald Trump will not be allowed back on Facebook or Instagram
Next Page