The new Greggs products will expand the bakery's vegan range

The popular bakery chain Greggs has confirmed some new additions to the menu, which are bound to divide opinion, but whatever your opinions on their vegan products, the range is about a lot bigger.

A spokesperson for Greggs told Metro: "Over the coming weeks we’ll be trialling our delicious Vegan Ham and Cheeze Baguette and Vegan Sausage Breakfast Roll in a very small number of shops, with a wider launch planned for later in the year."

We asked, you answered. The Vegan Sausage Roll has taken the top spot as your favourite vegan Greggs item. 🌱

"We want to thank vegans, 'non-vegans', our ovens and our shop teams for making it happen..." 🏆 pic.twitter.com/falrb21g5I 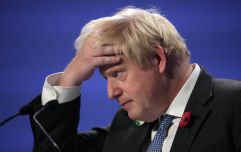 END_OF_DOCUMENT_TOKEN_TO_BE_REPLACED

One person, who did not seem too keen on the vegan bake, commented: "But the original sausage roll still dominates and quite rightly."

This news will we welcomed by fans of the vegan range, but is likely to be dismissed by people who prefer Greggs' meat-based products.

The vegan sausage roll will feature 'sausages' made with Quorn mycoprotein, and will cost approximately £1.90. The vegan 'ham and cheeze' baguette is set to be a bit more expensive and will be priced at £2.95.

There has unfortunately not been confirmation from Greggs about which UK stores will be stocking the new vegan products, but that info will no doubt be fresh out of the oven soon.