Levelling up - a Lord's driveway!

Lisa Nandy has demanded Michael Gove explain how £330,o00 of money meant to help "level up" Britain was instead used to make sure a Conservative peer's bumpy driveway was level. 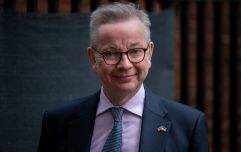 END_OF_DOCUMENT_TOKEN_TO_BE_REPLACED

The money - from the Getting Building Fund - paid for repairs to a driveway owned by the 8th Viscount Gage, that also leads to Charleston Farmhouse, an independently run museum and art gallery within the grounds of his Firle Estate. The museum applied for the funds, even though the drive itself is owned by the 87-year-old millionaire aristocrat, the Mail reported.

In a letter to Gove, the Secretary of State for Levelling up, Housing and Communities, Nandy on Wednesday expresses her "surprise" that his department had supported the "substantial award" as part of your "commitment to level up Britain".

While Nandy references levelling up Britain, the funds used to repair the driveway were not from the Levelling Up Britain fund, rather they came from the Getting Building Fund, a £1.3 billion fund announced in August 2020 to deliver homes, infrastructure, and jobs.

The Labour MP questioned how filling in potholes for Lord Gage related to Prime Minister Boris Johnson's pledge that the government would "put its arms round people in times of crisis".

The Cabinet might not agree on what levelling up is but filling in potholes for a Conservative Peer is definitely not it. How many streets in Britain have had 330k to repair their roads? Ministers must come clean on how these shocking decisions are made. pic.twitter.com/nxtxhReo4D 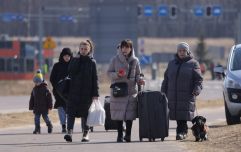 END_OF_DOCUMENT_TOKEN_TO_BE_REPLACED

"Filling in potholes for a Conservative peer surely cannot have been what he meant," Nandy wrote, before asking Gove to explain what steps are being taken to ensure "it does not happen again".

Nandy further requested that Gove release the criteria on which the decision was made; detail how decisions about the Getting Britain Building Fund are being made more widely and explain what "steps are being taken to ensure they weren't lobbied and that taxpayer money was protected at all times?" 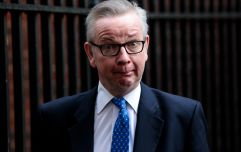 END_OF_DOCUMENT_TOKEN_TO_BE_REPLACED

The letter ended with Nandy writing: "I hope you will be able to agree that government funding must be allocated fairly and opportunity spread far more widely than this egregious decision suggests."

The Department for Levelling Up, Housing, and Communities confirmed to JOE that the funding was provided to the Trust, rather than Lord Gage.

A spokesperson added: “This project was allocated funding from the Getting Building Fund by the South East Local Enterprise Partnership, whose independent evaluators assessed it as offering value for money.

“Charleston is a charity-owned, internationally recognised site of cultural importance, with a museum and art gallery, and this work is estimated to provide a £1.6 million boost to the local economy by creating jobs and increasing visitor numbers.”

The Trust blamed "poor drainage" for corroding the driveway to obtain the grant, the Mail reported.

It said the track is over a mile from Lord Gage’s £10 million Tudor manor Firle Place, but claimed it was not just museum tourists who drive on it. Agricultural vehicles serving one of the viscount’s seven farms use it, the Mail suggested, as well as locals living in some of the 114 houses he owns in five villages dotted across 7,500 acres of the Sussex Downs.

The Mail story quoted Bob Baines, estate director at Firle Estate, who explained that the Firle Estate sold Charleston to an independent charity formed in 1980 and that while the access track had remained functional for farm traffic and cottages it "was unsuitable for Charleston’s visitors travelling in the average family car".

"Charleston successfully applied to the Getting Building Fund to rebuild the track to improve access for visitors, create job opportunities, and support the recovery and growth of the region’s visitor economy," Baines is quoted as saying.

He said the southern extent of the new track beyond Charleston that services the dairy farm and Estate cottages was funded by Firle Estate.

The Charleston Trust told the newspaper that the access road was "severely damaged" and that improving it would help "support the recovery and growth of the region’s creative and visitor economy".

The South East Local Enterprise Partnership, through which the grant application was made, said the fund has created 11 new jobs.