John McDonnell: Rishi Sunak has stolen all my ideas 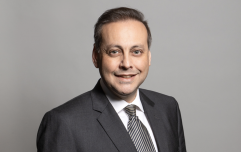 END_OF_DOCUMENT_TOKEN_TO_BE_REPLACED

The comments come following the chancellor's speech today, in which several policies appeared to be lifted from McDonnell's economic vision.

Sunak told Parliament that, along with other departments like BEIS, the Treasury will “establish a new economic campus in Darlington.”

Familiar? It's straight out of McDonnell's little red book.

The chancellor's use of the term “Green Industrial Revolution” really stood out, as well as announcing a national infrastructure bank.

END_OF_DOCUMENT_TOKEN_TO_BE_REPLACED

Sunak said: “I can announce today the first ever UK Infrastructure Bank.

“Located in Leeds, the Bank will invest across the United Kingdom in public and private projects to finance the Green Industrial Revolution.”

And Sunak’s plagiarism has not gone unnoticed.

Speaking to JOE, John McDonnell criticised Sunak - saying he was stealing his ideas, and executing them badly. 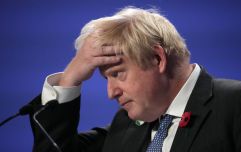 END_OF_DOCUMENT_TOKEN_TO_BE_REPLACED

“Sunak steals my ideas, but to him it’s all rhetoric and no substance.

“His green industrial revolution proposals are so lacking in scale and effectiveness that it’s just a cynical greenwash.”

McDonnell’s frustration is understandable; it seems many of the policies that the Conservatives derided during the 2019 election have become key parts of their economic plan.

Perhaps Sunak needs to give McDonnell an honourable mention at his next press conference?

popular
Ricky Gervais finally says what we're all thinking about the Johnny Depp Amber Heard case
Texas school shooter's haunting social media message hours before massacre revealed
Texas school shooting: Video appears to show gunman at school
Kate Moss will testify Johnny Depp didn't push her down steps, he 'saved her', reports suggest
Texas shooting: First victims identified as death toll rises to 21
Furious woman dumped by ex so he could 'focus on his career' - dates his boss instead
Autistic schoolgirl ‘tried to kill herself after male police strip searched her while she was menstruating'
You may also like
News
Grant Shapps gives Gove and Hancock serious competition with 'cringey' rail sale video
Life
Archbishop of Canterbury blasts Boris Johnson over Rwanda asylum plans
Politics
Rishi Sunak is a terrible bloke
News
Tory MP claims she was sacked as her 'Muslimness was raised as an issue' in No10 meeting
News
Senior Tory to meet police over claims MPs were 'blackmailed' not to oust PM
Next Page