WATCH: Conor McGregor's dad goes on an incredible rant, and we're not sure if he's joking

We'll admit it's tough to keep up with the always-interesting antics of the McGregor family.

And on Sunday, it was patriarch Tony who caught our eye.

The dapper 58-year-old took to his Instagram Stories a day previously to rant about... the trains in Dublin.

"OK, everybody, good evening, just to let you know about my travel experience on the DART this afternoon," he began.

"That's the rail system that Dublin city operates. Its called the Dublin Area Rapid Transport... something like that."

The Dubliner continued: "I was none-too-plussed with my experience on the Dart.

"When I got to Lansdowne Road station I tendered a brand new crisp €20 note into the automatic machine looking for a single ticket to Dun Laoghaire." 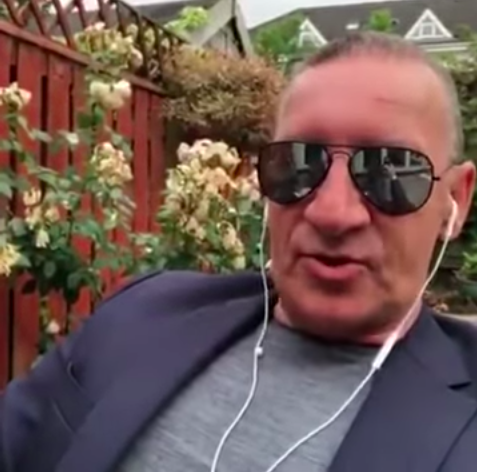 END_OF_DOCUMENT_TOKEN_TO_BE_REPLACED

McGregor then shows a fistful of €2 coins alongside his ticket.

Unhappy, he goes on to say: "They had the bloody cheek to give me back coinage. €17.30 and a miserable little one-way ticket. They gave me all that coinage.

"I have no room to put those coins anywhere," he lamented.

The one-minute long video has since been uploaded to YouTube and is also doing the rounds on WhatsApp.

And while it's an entertaining piece of footage, viewers are divided as to whether McGregor Snr is genuinely put out by his experience, or merely joking around.

Certainly, his 30-year-old professional athlete son is well-known for his bravado and bullish soundbites.

See what you make of it below.