Britain is split over Meghan and Prince Harry's interview with Oprah

A snap YouGov poll in the aftermath of Oprah With Meghan and Harry: A CBS Primetime Special has revealed how deeply divided the British public are over the couple. 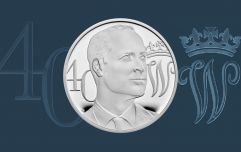 END_OF_DOCUMENT_TOKEN_TO_BE_REPLACED

61 per cent of 18-24 year olds say they believe the Duke and Duchess of Sussex have been treated unfairly - with just 15 per cent of over 65s thinking the same.

END_OF_DOCUMENT_TOKEN_TO_BE_REPLACED

This is likely to concern the Royal Family, as it raises questions about their relevance in the future.

But there's also a transatlantic divide.

In stark contrast, a whopping 68 per cent of Americans said they had “a fair amount” or “a lot” of sympathy for Meghan and Harry - versus just 28 per cent for the Royal Family.

The entire affair is becoming a headache for the Royal Family - both domestically and abroad.

And, with Buckingham Palace yet to respond, it’s likely the matter is nowhere near its conclusion.

popular
Liverpool crowned Premier League champions, but only on aggregate
This 'Welcome to Luton' prank sends Gatwick Airport arrivals into a frenzy
Ukrainian refugee who ran off with dad finally speaks out and blames man's partner for split
Noel Gallagher left 'covered in blood' after headbutt from Ruben Dias’ dad
Johnny Depp trial: Kate Moss ‘testifying’ in defamation case against Amber Heard, report claims
Shocking moment lion rips off man's finger after he sticks his hand into zoo cage
Topless mum in her undies rescues pet goose from bald eagle in crazy video
You may also like
News
You can stay at the Pub until 1am over Platinum Jubilee Bank Holiday
News
What happens when Queen Elizabeth II dies
News
Wetherspoons boss Tim Martin wants to turn Buckingham Palace into pub now Queen has left
News
Queen is looking for someone to paint Buckingham palace for £30,000 a year
News
Prince William called out for 'tone deaf' and 'racist' comments about Ukraine invasion
Next Page