Bitcoin continues to fall as China cracks down on crypto currencies

The price of Bitcoin has dropped to its lowest price in months after Beijing banned financial institutions and payment companies from providing services related to cryptocurrency transactions. 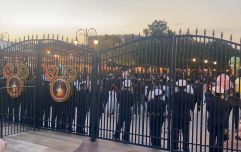 Shanghai Disneyland locks 33,000 inside park after one case of covid detected

END_OF_DOCUMENT_TOKEN_TO_BE_REPLACED

Bitcoin's price has fallen below $34,000 (£24,030) for the first time in three months as its price continues to slump. Just last week its price fell by over 10% after carmaker Tesla announced that it would no longer accept the currency.

The BBC reports that the cryptocurrency was down 22% on Monday, which was a fall of around $6,000 in just 24 hours.

As is the way with cryptocurrency though, because Bitcoin is far and away the biggest form of crypto, if its price drops the price of almost every cryptocurrency drops as well. Other major currencies such as Ethereum and Dogecoin lost as much as 25% and 29% respectively.

Along with the bans on cryptocurrency transactions from China, it has also warned investors against speculative crypto trading.

Tesla itself didn't avoid being hit by Bitcoin's price, with its shares falling by 3% on Wall Street, because of the company's exposure to the currency. The carmaker is owned by crypto fan and walking meme Elon Musk, and owns around $1.5 billion worth of the cryptocurrency. 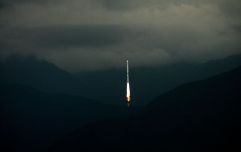 END_OF_DOCUMENT_TOKEN_TO_BE_REPLACED

Crypto-currency trading has been illegal in China since 2019, in order to tackle money laundering. However people are still able to trade in crypto online.

As a result, on Tuesday three state-backed organisations in China issued a warning on social media. They said that consumers would have no protection if they were to incur any losses from crypto investment transactions, and that the swings in crypt0-currency prices such as those seen over the past week "seriously violate people's asset safety" and are disrupting the "normal economic and financial order."

Musk hasn't helped the volatility of cryptocurrency prices in recent months. After announcing in March that his car company Tesla would be allowing customers to buy its cars using Bitcoin, the price of the currency rose. However he has now done a U-turn on this due to environmental concerns around crypto-currency.

Musk wrote: "We are concerned about rapidly increasing use of fossil fuels for Bitcoin mining and transactions, especially coal, which has the worst emissions of any fuel."

"Cryptocurrency is a good idea... but this cannot come at great cost to the environment."

Ironically despite the fact that Bitcoin cannot be traded in China, more than 75% of the world's Bitcoin mining is in fact done in the country.