Activist group Anonymous has responded to the ongoing uncertainty in Turkey by offering citizens a way to access social media.

Facebook, Twitter and YouTube are thought to be inaccessible amid what Prime Minister Binali Yıldırım has described as an attempt from sections of the military to seize power. 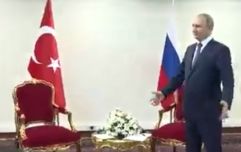 END_OF_DOCUMENT_TOKEN_TO_BE_REPLACED

And Anonymous has encouraged those within the country to download Tor, an internet browser which hides the user's location, as soon as possible.

Some people in Turkey claim to still be able to access Twitter, though the situation is ongoing and subject to change. 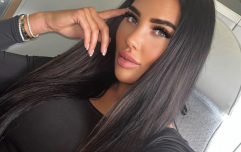 END_OF_DOCUMENT_TOKEN_TO_BE_REPLACED

Gunfire has been reported in Ankara, the Turkish capital city, while there have been similarly unconfirmed reports of a military takeover of Ataturk International, the country's largest airport.

With social media seemingly inaccessible to many across the country, it is unclear how much fresh information will emerge from independent eyewitness sources.

It is being reported that TRT - the state-run media company and broadcaster - is now in the hands of those behind the coup, though Anonymous say this goes against the Prime Minister's statements.

The latest report is contradictory to what the prime minister is saying, the military is walking the street claiming a coup.

At the time of writing, the main TRT television station has reportedly been taken off air.

popular
Chilling moment man with knife and balaclava is captured wandering around family's living room
Lisa Kudrow hits back at fans complaining about lack of diversity in Friends
Landlord faces £40k fine after tenant puts swimming pool on roof of flats
James May 'hospitalised after crashing into wall at 75mph filming new show'
Ex-porn star Lisa Ann tells virgin, 46, with micro penis that 'size doesn't matter'
Furious Reading and Leeds ticketholders demand refunds as band replaces Rage Against The Machine
Ex-teacher who got pregnant by former student plans to film birth so it can be taught in schools
You may also like
Travel
Swimmers turn on shark and attack it with mop as it approaches beach
Sport
Italy knocked out of World Cup play-offs in late defeat to North Macedonia
News
Roman Abramovich's $600m superyacht is cruising off Turkey's coast after week with no destination
Sport
Konyaspor player Ahmet Çalık tragically dies aged 27
Life
Woman spends £13.7k to rescue stray kittens she found on holiday
Next Page