A dozen Russian intelligence officers were indicted on Friday after for hacking and leaking the emails of senior Democrats during the 2016 presidential election campaign.

Rod Rosenstein announced the charges during a press conference in Washington, after they were filed by special counsel Robert Mueller.


Donald Trump, who is set to meet Vladimir Putin in Russia next week, has reportedly been briefed on the news. 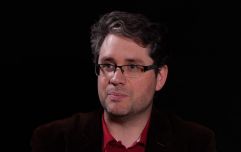 END_OF_DOCUMENT_TOKEN_TO_BE_REPLACED

Hillary Clinton's campaign was memorably derailed by the leaks, which saw thousands of emails stolen from the accounts of staff at the Democratic National Committee and her campaign chairman John Podesta.

Intelligence agencies in the US have since confirmed the belief that the hacking, which included the technique 'spearphishing,' was part of an extensive operation ordered by Putin to boost Trump's bid to become president of the United States.

The indicted Russians have also been accused of hacking into the software used by computer companies that run the US elections.