You Should Know... Sandro Cavazza

With all my years of experience as a music journalist I didn’t think I’d ever interview an artist who’d walk two hours just to meet with me, that is until the day I met Sandro Cavazza.

Choosing to pound the concrete instead of hopping in an Uber on a recent trip to the UK, the singer/songwriter felt compelled to fully embrace being a tourist while visiting from Sweden.

Sandro is a fan of living in the moment, being able to absorb his surroundings and count his blessings. So rather than cram himself into a tin can with no windows on the underground during rush hour, or be a slave to the never-ending traffic jams Central London breeds whilst making small talk with his driver, he wanted to be able to look up, down, left, right and see London in all of its glory.

“I love London,” he gushes. “This trip has really made me realise how much I want to play live here. That’s a goal of mine. I want to tour more in Europe and play shows in England, I think England has great people and a great audience.”

While you might not recognise his name it’s more than likely you’ve heard one of Sandro’s songs, or at least one of the songs he’s featured on.

Appearing on Avicii’s “Without You”, which currently has 67 million streams on YouTube alone, it gave him a platform to get his artistry out into the world but it also added a certain validation to his name for those who need more than just good music as a reason to sample someone new.


Speaking on how Avicii (real name Tim Bergling) essentially saved him from a life of eating porridge day in and day out, this interview was conducted two days before the tragic loss of the EDM icon, hence why there’s no mention of his passing. 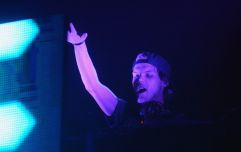 END_OF_DOCUMENT_TOKEN_TO_BE_REPLACED

"I was poor, busking my way through LA., songwriting everyday, and I’d been eating oatmeal for two years,” he remembers. “Me and a friend sent some tracks to Avicii's camp - we're all Swedish so we sort of knew them - and out of 2000 songs he was sent by various different songwriters for the Stories album he chose two of ours. That was the start of my relationship with Tim and from then when we were writing in the studio together we just clicked.”

Sandro Cavazza’s upbringing, in his own words, was very “Swedish and part Italian.” Consisting of Sunday dinners with his Italian family partnered with a very secure social system in Sweden, it’s this that allowed him the opportunity to attend music school.

Teaching himself how to play the guitar from an early age and discovering that he could sing, it wasn’t The Beatles, it wasn’t Prince and it wasn’t Elton John that he was singing along to, no, instead it was a singer by the name of Eagle-Eye Cherry, whose short-lived commercial popularity spawned the hits “Save Tonight” and “Falling in Love Again”.

“Eagle-Eye Cherry!?” I ask, looking him dead in the eye. It’s weird hearing that name brought up in conversation as it’s one I haven’t heard for years. Taking me back to a time in my own life that I have fond memories of, I remember Eagle-Eye Cherry’s Desireless album and as a kid I remember playing “Falling in Love Again” over and over. Wow, what a time to be alive.

“There’s a single recording of me at 6-years-old that my uncle made where I’m singing along to an Eagle-Eye Cherry song,” Sandro adds as he remembers early evidence of a budding music career in the making.

But aside from Neneh Cherry’s half brother, other influences that made up Sandro’s musical diet as a young man included Nirvana - who he credits as changing him as a person profoundly - Red Hot Chili Peppers, Westlife, Abba, Max Martin, Bon Ivor, and Queen, in particular Freddie Mercury.


“I have to mention his name,” Sandro says referring to Freddie Mercury. “What a singer. 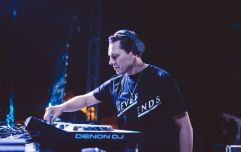 Tiësto talks longevity, Drake collabo and whether that Avicii ID is real

END_OF_DOCUMENT_TOKEN_TO_BE_REPLACED

“When I was 17 or 18 I found a lot of strength in the fact that he also had vocal range, you know? And the way he dealt with that and just the voice he had, the songs he wrote, and some of the things he talked about regarding persona, you know? Where he was like: ’There’s one me and there’s another me. There’s the public me and the private me.’ I really loved that. He was simply magnificent.”

Outside of musical influences there were some real-life issues that Sandro Cavazza had to deal with as a teen, which in turn sparked the desire in him to become a musician.

At the age of 18 he learned that not one, not two, but three members of his family, his mother, his aunt and his grandmother, were all diagnosed with breast cancer at the same time. Add to this enduring a terrible breakup, that he says was amplified because he was “young and in love,” and you’ve got so much pain bottled up that it needed an outlet, a healthy one.

“Because of that, songwriting found me,” he admits. “I was writing my way out of those situations and I think I’ve been writing my way through life ever since. I had done singing before and I had written poetry before, but this was the first time I ever brought the two together. That was the defining moment for me, it’s when I realised that this was going to be what I did with my life.

That leads us to now. Back in March he released new single “High With Somebody”, a fun record about the various ways you can enjoy spending time with another human being, and according to the man himself it’s more than just an emotive pop song that has a similar feel to Gotye and Kimbra’s “Somebody That I Used To Know”.

“Being in L.A. you meet a lot of crazy people,” he begins, as he explains the concept behind the song. “There was this guy who had everything, all the money he ever needed, all the friends, everything. But he wasn’t satisfied, and I think it had something to do with the city. It was too easy for him, everything was too accessible. He’d go to bed in the middle of parties… that he was hosting! So that inspired me to write from that perspective of how we all need that something or someone to lift you up or pick you up and get you to that [better] place.”

Sipping the last bit of coffee out of his cup, before Sandro leaves - probably on another expedition across London - he explains that one of his goals is to have a European Top 20 hit, one he can call his own. Easily achievable - in my eyes at least - for someone as talented as him, but what about his biggest achievement so far?

“When I played for the pope.”

I laugh out loud thinking that he’s joking being that we’re at the end of the interview. But he’s not. It turns out that he did in fact get to do something that most artists will never get to do when he sang for the pope in Malmo in front of 40,000 people.

“It was really strange,” he admits. “He came in with the cardinals in a golf cart just cruising, it was such a crazy moment.”

Sandro Cavazza’s “High With Somebody” is out now.