George Ezra once played to 80,000 people and spotted his ex in the crowd

How does this even happen?

Imagine this scenario: you're an entertainer and you're booked to play the famous Pyramid stage at Glastonbury. The crowd in attendance is 80,000 strong and yet somehow you manage to spot someone in the audience that you had no idea was there. 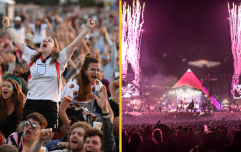 Glastonbury to return in September with fans in attendance

END_OF_DOCUMENT_TOKEN_TO_BE_REPLACED

For George Ezra this was a reality back in 2015. And it wasn't just any old person he knew that he picked out, it was his ex-girlfriend.

Talking to us in Hertfordshire, his home county, on the beautiful grounds of the Manor House that overlooks Standon Calling festival (get tickets for 2019 here), George starts off by answering a question about his career highlight so far.

"It's hard to pick a highlight," he explains.

We throw a few ideas at him we think he might choose, including his first UK number one single ("Shotgun"), supporting Robert Plant on tour, or two number one albums, but he chooses something else instead.

"I think playing on the Pyramid Stage at Glastonbury might be it, because to me it’s the World Cup of music," he says. "I considered retiring after that. It gets no better than that. It’s all downhill after that no matter what happens."

The memory didn't stop there though. 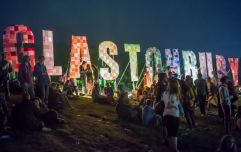 END_OF_DOCUMENT_TOKEN_TO_BE_REPLACED

"That year was just mad. Do you know what the maddest thing was?" he asks. "There were 80,000 people there that day, and the only reason I say that is to give this next bit context. I hadn’t even sung the first word of the first song and I saw my ex-girlfriend in the audience."

Quite an unbelievable feat, George had to sort his head out pretty quickly.

"I had to say to myself, ‘George, there’s a bigger job at hand here. You need to put that to the back of your mind.’ And it was great, the gig was brilliant. But it was just like, how does that happen?

"I think I met up with her afterwards because she was working in a food van with some of my other friends, they were all there."

George Ezra's new album Staying at Tamara's is out now and can be streamed below:

popular
Sex expert reveals how men can last longer in bed
Eric Bailly fails spectacularly with no-look penalty in AFCON shoot-out
Dr. Dre shares unbelievable video of Eminem's skills to prove no rapper could beat him
Collapse of sports crypto giant leaves fans with worthless tokens
Katie Price joins OnlyFans days after arrest to 'empower women'
Why dogs are getting sick and symptoms owners should look out for
'I'm so beautiful my friends don't invite me to birthday parties as I'll steal the show'
You may also like
News
Dangerous levels of cocaine and MDMA found in Glastonbury river
Politics
Comedian jokes about wanting to bomb Corbyn supporters at Glastonbury
Music
Liam Gallagher tipped as favourite to headline Glastonbury 2019
Music
Michael Eavis appears to have given Oasis one big, Glastonbury-sized reason to re-form
Entertainment
Liam Gallagher's pissed-off reaction to a fog machine is a true Glastonbury 2017 highlight
Next Page