Lisa has now been readmitted to hospital with Covid

Florida resident Lisa Steadman, 58, was battling Covid in hospital but then returned home to find her husband dead from the very same virus she was also suffering with.

END_OF_DOCUMENT_TOKEN_TO_BE_REPLACED

Her husband, Ron Steadman, 55, was alone in the house while Lisa was battling Covid at the Winter Haven Hospital for over a week.

"It was like walking into a horror film, and I wish I had never seen him like that because I can't get that picture out of my head," Lisa told FOX 13.

Ron's doctor confirmed that he died from Covid related complications. Though neither of them were vaccinated at the time, Lisa has now said she would accept the vaccine as soon as possible.

"Both of us felt that it hadn't been tested enough yet," the widow told WFLA. "Now after being in the hospital and talking with my doctor, when I am able to take it, I will in September." 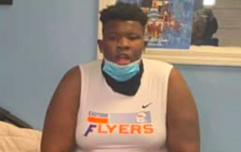 END_OF_DOCUMENT_TOKEN_TO_BE_REPLACED

Lisa said last spoke to her husband in good condition despite the positive test result.

"They sent him home with medicine and stuff because he wasn't in distress or anything. It was just like he had a bad cold," she said.  But after Lisa herself came down with the virus, she was rushed to hospital after passing out.

"It is like you don't have no bones in your body. You can't move. You're just that weak." 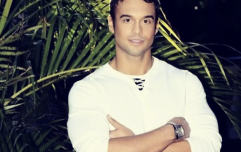 END_OF_DOCUMENT_TOKEN_TO_BE_REPLACED

The couple kept in contact for much of Lisa's hospital stay, but then Ron said his phone wouldn't charge, and that was the last she heard of him.

But just two days later, upon Lisa's discharge from hospital, she returned home to find him dead. The couple's dogs were also close to death, and Lisa had to shell out $800 for a cleaning crew and purchase brand new furniture.

"They cut the part of the mattress that had the waste on it," Steadman said.

Through a Facebook fundraiser, Lisa was able to get $3,000 dollars to help with medical bills and cleaning costs.

But Steadman has since said she is back in the hospital, writing: "Lord help me through this!"