Word used to describe Boris Johnson the most is 'liar', poll finds

The people have spoken

Boris Johnson has been described as a "liar" by British voters amid continued allegations of misleading both parliament and the UK public.

In a recent poll conducted by JLPartners and commissioned by The Times, it has been revealed that the UK doesn't have the best opinion of our fearless leader. Shocker, right.

They found that just 16 per cent of voters would use positive language to describe the Prime Minister. When participants were asked what word describes Boris the best, most replied with "liar", "incompetent," and "untrustworthy." Other flagged words included "idiot" and "buffoon", while another described him as an "utter anus."

“He was the right person to get Brexit done but now he needs to go. He is a liar and has broken the law. We need a change," one person who took the poll said.

We asked a nationally representative sample of the British public what they think about Boris Johnson.

Another said: “At first, I really liked him and felt he would be good for the country, but now he has been in power he has been one of the worst prime ministers ever… he is so out of touch and has no idea how the majority of people live their lives.” 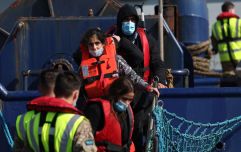 END_OF_DOCUMENT_TOKEN_TO_BE_REPLACED

"Overall, partygate dominates views of Boris over Ukraine," said James Johnson, a former No10 pollster who runs JLPartners. "Fury has not receded. Many negative comments are by people who liked him previously but have now changed their minds."

He added: "When Johnson first took power, only Labour voters would call him a liar. It is now widespread."