People who suffer with severe covid infections could experience lasting mental impacts that may be the equivalent to 20 years of ageing, a new study has revealed.

END_OF_DOCUMENT_TOKEN_TO_BE_REPLACED

According to scientists from the University of Cambridge and Imperial College London who led the study, these long-term impacts could be the same as losing 10 IQ points and are similar to the cognitive decline experienced by those aged between 50 and 70 years old.

The research - which was recently published in the journal eClinicalMedicine - indicates that the effects of severe covid are still detectable more than six months after being ill - while any recovery is gradual at best. It is the first time such rigorous assessment and comparison relating to the after-effects of severe covid have been carried out, according to the researchers behind the study.

Professor Adam Hampshire from the Department of Brain Sciences at Imperial College London and first author of the study, said: "Tens of thousands of people have been through intensive care with COVID-19 in England alone and many more will have been very sick, but not admitted to hospital.

"This means there are a large number of people out there still experiencing problems with cognition many months later. We urgently need to look at what can be done to help these people."

END_OF_DOCUMENT_TOKEN_TO_BE_REPLACED

They found this by analysing data from 46 people who received in-hospital care - either on the ward or in intensive care units - for covid, 16 of whom experienced enough viral infection that they had to be put on mechanical ventilation. 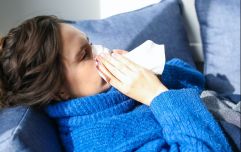 END_OF_DOCUMENT_TOKEN_TO_BE_REPLACED

The impacts were strongest amongst those who required mechanical ventilation but even patients who weren't sick enough to be hospitalised could have tell-tale signs of mild impairment.

Verbal analogical reasoning was an area that those who had overcome severe covid illness scored especially poorly on when completing tasks. In addition, survivors also found it difficult to find the right words and experienced slower processing speeds.

The study's senior author, Professor David Menon from the Division of Anaesthesia at the University of Cambridge explained: "Cognitive impairment is common to a wide range of neurological disorders, including dementia, and even routine ageing, but the patterns we saw – the cognitive 'fingerprint' of COVID-19 – was distinct from all of these."

There are several factors that could cause the cognitive deficits, researchers said.

Direct viral infection is possible culprit however it's unlikely to be a major cause. In fact, researchers found that it is more likely that a combination of factors result in this impact - these include inadequate oxygen or blood supply to the brain, blockage of large or small blood vessels due to clotting and microscopic bleeds.

That said, emerging evidence reveals that the body's own inflammatory response and immune system could cause key damage.

Patient improvement was gradual at best - and for some, researchers predict that they might never properly recover.

Professor Menon said: "We followed some patients up as late as ten months after their acute infection, so were able to see a very slow improvement. While this was not statistically significant, it is at least heading in the right direction, but it is very possible that some of these individuals will never fully recover."