Visitors to a zoo have captured the horrifying moment a lion reportedly bit off a zoo worker's finger after he put his hand into the big cat's cage in an incident they initially thought "was a joke". 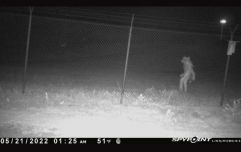 END_OF_DOCUMENT_TOKEN_TO_BE_REPLACED

In the video, the worker at Jamaica Zoo is seen reaching into the lion's cage and seemingly patting its mane, and putting his fingers into its mouth, before the big cat reacts.

The scene plays out in front of an audience of visitors at the St Elizabeth-based attraction recording it on their phones.

According to a witness, that did not want to be named, the lion bit off the entire top section of the man's right finger, from the first joint.

She told the Jamaica Observer that a tour of the zoo had concluded when a worker tried to impress a crowd of around 15 people.

“When it happened, I thought it was a joke," she told the publication. "I didn’t think it was serious. I didn’t realise the seriousness of it, because it’s their job to put on a show." 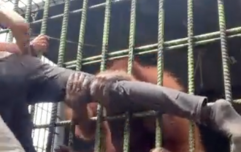 END_OF_DOCUMENT_TOKEN_TO_BE_REPLACED

“Obviously, when he fell on the ground everybody realised that it was serious. Everybody started to panic,” she added.

The video shows how the worker's playful teasing turned traumatic, and when he begins to panic and uses all his body weight to try and free himself from the lion's grip. 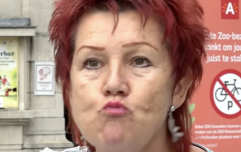 END_OF_DOCUMENT_TOKEN_TO_BE_REPLACED

The witness told the Observer she and the other visitors to the zoo were horrified by the aftermath, saying "the entire skin and about the first joint of his finger was gone".

“I ran away from the whole thing because me nuh like see blood and it was too graphic for me,” she said.

The worker is said to have left the zoo to seek treatment a short time later.

The Jamaica Observer contacted Jamaica Zoo who said they were not aware of the incident.

Jamaica Society for the Prevention of Cruelty to Animals told the publication it would look into the incident.