The kids are being treated in hospital

A Venezuelan mum was found dead after being shipwrecked at sea - but her two kids were saved thanks to their mother breastfeeding them while marooned in the ocean.

END_OF_DOCUMENT_TOKEN_TO_BE_REPLACED

Mariely Chacón, 40, and her two kids Jose David and Maria Beatriz, were marooned in the Atlantic ocean after a wave capsized their vessel.

Chacón was 70 miles out at sea, adrift with her two children and the nanny Martinez.

It is believed she drank her own urine and was able to keep her kids alive by breastfeeding them while Martinez hid in an empty icebox. 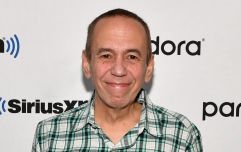 END_OF_DOCUMENT_TOKEN_TO_BE_REPLACED

The group were found by officials four days later where they confirmed that Chacón had died. Her vital organs had collapsed due to electrolyte depletion that had been caused by her dehydration and potentially accelerated by breastfeeding, reports La República.

La República also quoted her father, Humberto Chacón, as saying the boat trip was "simply a family trip to entertain the children".

"Port authorities were informed on September 5 around 11pm it had failed to reach its destination or returned to the location it had left from and a search operation was launched."