Priest apologises after thousands of baptisms found to be invalid

'Your baptism is invalid, and you are not baptised'

A Catholic priest in the US has been forced to apologise after thousands of his baptisms were ruled to be invalid due to specific phrases and word choices.

END_OF_DOCUMENT_TOKEN_TO_BE_REPLACED

Reverend Andres Arango served the Lord for two decades across Brazil, the Diocese of San Diego, and the Diocese of Phoenix, but due to a grammatical error in his baptisms, Arango has been forced to issue a statement of apology, reports the Catholic News Agency.

Arango's baptisms used the phrasing: "We baptise you in the name of the Father and of the Son and of the Holy Spirit." END_OF_DOCUMENT_TOKEN_TO_BE_REPLACED

Unfortunately, this phrasing is not precise enough and voids the baptisms.

Olmstead, who described the news as "difficult to hear as it is challenging for me to announce", explained: "The issue with using 'We' is that it is not the community that baptises a person, rather, it is Christ, and Him alone, who presides at all of the sacraments, and so it is Christ Jesus who baptises."

He added that he does not believe Arango had "any intentions to harm the faithful or deprive them of the grace of baptism and the sacraments" and is "sincerely sorry" for the error. 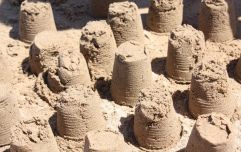 END_OF_DOCUMENT_TOKEN_TO_BE_REPLACED

He concluded: "This is why I pledge to take every step necessary to remedy the situation for everyone impacted."

In a statement, Arango wrote: "It saddens me to learn that I have performed invalid baptisms throughout my ministry as a priest by regularly using an incorrect formula.

"I deeply regret my error and how this has affected numerous people in your parish and elsewhere. With the help of the Holy Spirit and in communion with the Diocese of Phoenix, I will dedicate my energy and full-time ministry to help remedy this and heal those affected.

"I sincerely apologise for any inconvenience my actions have caused and genuinely ask for your prayers, forgiveness, and understanding."

The Church has also stated that using the wrong words "means your baptism is invalid, and you are not baptised."