One in ten Brits eat a kebab every day

New kebab stats appear to show the scrumptious nighttime feast is as popular as ever among Brits - with one in ten admitting to eating one every day and 15 per cent claiming they have one several times a week! 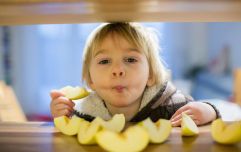 END_OF_DOCUMENT_TOKEN_TO_BE_REPLACED

A study, conducted by food tech company Foodhub, chewed over the nation’s kebab habits in celebration of National Kebab Day on July 8th.

It found doner meat is still the number one filling among kebab lovers, beating out competition from chicken tikka (11 per cent) and chicken shawarma (9 per cent).

The survey also revealed that pitta is the best kebab bread (42 per cent), while flatbread was second favourite (27 per cent), and a wrap (18 per cent) came in third. Naan bread was favoured by just 10% of kebab fans.

Elsewhere,Brits favourite top five ingredients needed to make the perfect kebab include onion (51 per cent), lettuce (49 per cent), tomato (46 per cent), cucumber (41 per cent) and peppers (31 per cent).

END_OF_DOCUMENT_TOKEN_TO_BE_REPLACED

Emma Stockman, spokesperson from the Foodhub Marketing team, said: “To celebrate National Kebab Day, we wanted to find out all the nitty gritty behind Britain’s love of the legendary kebab.

“Our survey revealed that over half of the UK (55 per cent) get their kebab from a local takeaway or restaurant, so Foodhub is proud to be able to help the UK when it comes to fulfilling the nation’s kebab needs.

“We’ve recently launched a Love Local initiative meaning that the more customers order from their local independent takeaways, the more hot meals we’ll donate to a charity in that local area. We’re also on average 15 per cent cheaper than our competitors, so we’re also cost effective too when those kebab cravings kick in!” 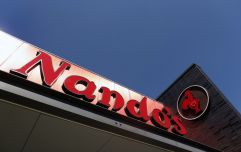 Simple hack will bag you a Nando's meal for under £6

END_OF_DOCUMENT_TOKEN_TO_BE_REPLACED

Elsewhere, the North East (17 per cent) and West Midlands (16 per cent) elected chicken tikka as the ultimate kebab meat, whereas the North West named chicken shawarma as their go-to filling of choice.