Following a bill approved yesterday evening, cannabis is now legal for personal use in New York. It becomes the 15th state to do so, with 36 states allowing medical marijuana usage since 2012. 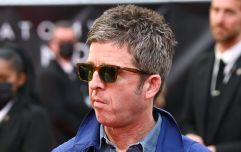 END_OF_DOCUMENT_TOKEN_TO_BE_REPLACED

The bill was signed off by Governor Andrew Cuomo, after the state's Senate voted 40-23 and the Assembly 100-49 in favour of the legislation.

Decriminalisation of the plant is effective immediately but it is thought that legal recreational marijuana sales - such as has been commonplace in California since 2016 - will not come into place for another year or two.

This decision is also expected to have a huge impact on minority communities that have seen disproportionate levels of prosecution from law enforcement over possession of cannabis for many years. According to the NYPD's own records, Black and Latino New Yorkers made up 94% of all marijuana-related arrests in 2020, despite there being more white weed smokers in the state.

The bill creates automatic expungement of previous marijuana convictions that would now be legal.

This is a historic day.

I thank the Leader and Speaker and the tireless advocacy of so many. 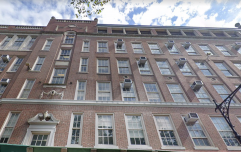 END_OF_DOCUMENT_TOKEN_TO_BE_REPLACED

In his statement following it's approval, Cuomo went on to say: "For too long the prohibition of cannabis disproportionately targeted communities of colour with harsh prison sentences"

"After years of hard work, this landmark legislation provides justice for long-marginalized communities, embraces a new industry that will grow the economy, and establishes substantial safety guards for the public."

Having seen the financial viability of legal weed in other states, this bill is expected to rake in billions of dollars for the state of New York City. With a 13% tax - compromised of a 9% state and 4% local contribution - the economic benefits that come with recreational sales are clear. 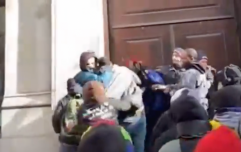 END_OF_DOCUMENT_TOKEN_TO_BE_REPLACED

There will also be a THC potency tax of as much as 3 cents per milligram of the natural psychoactive component of marijuana that high. Think the sugar tax but just the stoner version.

As per CNBC, estimates predict the overall revenue from legal weed sales could bring in as much as $350 million a year, as well as creating 60,000 jobs in the state when the industry is fully established.

popular
Police hunt for two 'laughing' men who kissed three-year-old girl in front of distressed mum
Father takes his own life after 18-month-old found dead in hot car
British teen says she was raped in Majorca hotel by 'famous actor and musician'
NASA shares images of unidentified spacecraft crashed on Moon
Angela Rayner humiliates Dominic Raab over opera reference
R Kelly sentenced to 30 years in prison for sex trafficking and racketeering
Halifax has introduced staff pronoun badges and its customers are not happy
You may also like
News
Woman saved from hostage situation after leaving note on food delivery order
News
Prince Andrew is facing yet another legal battle over Jeffrey Epstein claims
News
Horrific moment homeless woman thrown on to tracks by man who argued with her
News
Person of interest named in Brooklyn subway shooting
News
New York subway shooting: Multiple people shot in Brooklyn
Next Page