“I’ve waited 50 years for this one.” Hugh Jackman drinks Guinness for the first time in Ireland

As fans of the man himself and of The Greatest Showman won’t need reminding, Hugh Jackman is in Dublin this week for the latest stop on his world tour, titled The Man. The Music. The Show. 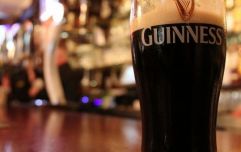 END_OF_DOCUMENT_TOKEN_TO_BE_REPLACED

Probably one of the most popular people in showbiz as it is, it’s not as if Hugh needed to endear himself to his fanbase any further, but he did just that on Wednesday night when sampling a pint of Guinness in Ireland for the very first time.

Hugh says he’s been a Guinness drinker for as long as he can remember, but as anyone who has tried the black stuff abroad will know, there’s no guarantee it will taste as nice as it does in Ireland, particularly those with a reputation for serving a good pint of the good stuff.

“My whole life, I’ve drunk Guinness, but they always say it’s different in Ireland,” said Hugh in a video posted on his Twitter account from an unidentified establishment in Dublin.

“I’ve waited 50 years for this one,” said an excited Hugh as he took a hearty sip of the pint in question, which aficionados might say could have done with an extra second or two to settle before it was ready to drink.

There didn’t seem to be any hint of acting in Jackman’s incredibly satisfied reaction to the pint afterwards and to be fair to him, he had earned it after hitting the gym in Dublin earlier in the day.