We've all got that one friend whose facial hair takes on a distinctly ginger tone in contrast to the hair on the top of their head.

If you don't think you have one, it probably means that friend is you.

It has long been a mystery - not to mention an inconvenience - but it's something that affects a surprising number of men.

And it turns out one specific gene is responsible.

"More than a decade ago, researchers discovered that one gene (MC1R) on chromosome 16 plays an important part in giving people red hair," Petra Haak-Bloem - specialist at Erfocentrum (the Dutch national information centre for genetics and hereditary traits) told Motherboard.

"MC1R’s task is making a protein called melanocortin 1. That protein plays an important part in converting pheolmelanine into eumelanine

"When someone inherits two mutated versions of the MC1R-gene (one from each parent), less pheomelanine is converted into eumelanine. The feomelanine accumulates in the pigment cells and the person ends up with red hair and fair skin." 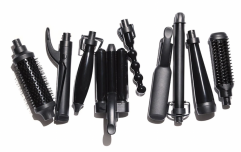 END_OF_DOCUMENT_TOKEN_TO_BE_REPLACED

Essentially, the same mutation that brings about red hair on the top of your head will be responsible for red hair anywhere else on your body (yes, *anywhere*).

So you don't need ginger parents for it to apply - it could come from further back in your family history, as genes from ancestors going back generations can (and often do) have an impact on the colour of this generation's hair.

And people say science is boring.

popular
Incredible case of the only known individual whose parents were two different species
TikTokers are utterly convinced there is a secret zombie apocalypse going on in China right now
Pop Idol star Darius Danesh found dead aged 41
Darius Danesh opened up about his health struggles before his tragic death aged 41
Jamie Foxx and Snoop Dogg's vampire movie surges to the top of Netflix charts
People are sharing 'evidence' that history's biggest event was staged by humans
Landlord faces £40k fine after tenant puts swimming pool on roof of flats
You may also like
News
Great news for bald men as new drug successfully regrows hair in 40% of patients
News
Man refused entry into bar because of his mullet
News
Schoolboy placed in isolation at school for putting hair in plaits like female classmates
News
People with ginger hair are 'better in bed', study finds
Travel
Internet fumes at viral pic of plane passenger’s ‘inconsiderate’ hair
Next Page