Here's how you've been holding your coffee wrong

Turns out science has the answer to why we are constantly spilling our coffee all over ourselves.

We owe our thanks to all round legend Jiwon Han, a young South Korean student who has just published a research paper entitled: “A Study on The Coffee Spilling Phenomena in the Low Impulse Regime.” 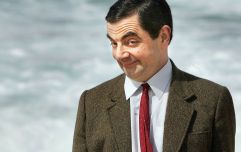 END_OF_DOCUMENT_TOKEN_TO_BE_REPLACED

Han is a physics student, and instead of focusing on potential tears in time and space, has dedicated his time to something far more useful - uncovering the best ways to hold our coffee.

He dispels the myth that most people assume coffee spills only occur because there is too much liquid in our cup. Speaking to Food and Wine magazine, Han explains:

“Rarely do we manage to carry coffee around without spilling it once. In fact, due to the very commonness of the phenomenon, we tend to dismiss questioning beyond simply exclaiming: Jenkins! You have too much coffee in your cup!”

Apparently, we’ve been holding our mugs the wrong way all along. Han has come up with a two pronged sure fire method to help keep the transition of coffee to mouth as smooth as possible. 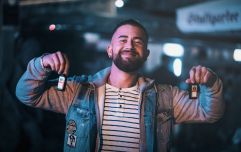 END_OF_DOCUMENT_TOKEN_TO_BE_REPLACED

His first trick is called ‘the claw method’. Instead of holding the mug from the handle we should be gripping it from the top, because this ‘shrinks the magnitude of acceleration’, and forces the liquid to stay in the cup.

His second trick is that we should be walking backwards while holding our mug because:

"since we are not accustomed to backwards walking, our motion in the walking direction becomes irregular, and our body starts to heavily rely on sideways swinging motion in order to keep balance.”

So, there you have it.