Employers share the reasons you're missing out on a promotion

A poll conducted by a job search website Careerbuilder asked 2,175 hiring and human resources managers across the world to list the traits that would discourage them from giving someone a promotion.

END_OF_DOCUMENT_TOKEN_TO_BE_REPLACED

ATTN: reports that things like tardiness and having a bad attitude ranked predictably high but shockingly, someone’s appearance seems to play a very significant role in how quickly they move up the career ladder.

When it comes to attire, 44 percent of managers noted that "provocative" clothing would turn them off offering a promotion.

On the other end of the spectrum, clothes that are deemed too casual or wrinkled are as detrimental to your career prospects.

END_OF_DOCUMENT_TOKEN_TO_BE_REPLACED

The survey finds that about 32 percent of hiring managers said they would be less likely to promote someone who has visible body piercings or earrings in addition to traditional lobe piercings.

Hair is another big factor, with 25 percent of managers saying that they would not promote someone with an "unprofessional" haircut. The same apples to facial hair. 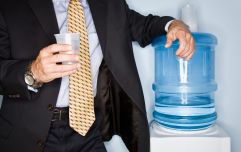 END_OF_DOCUMENT_TOKEN_TO_BE_REPLACED

Another reason employers and managers might be reluctant to promote is down to bad breath.

Shockingly, 23 percent of managers said that bad breath could end someone's chances of shooting up the career ladder.

Specifically for women, wearing too much makeup will deter 15 percent of employers from giving you the chance to shine.

Employers also revealed the top behaviors that hurt an employee’s chances for promotion: