Microsoft has agreed to acquire ZeniMax Media, the parent company of Bethesda Softworks, in a deal reported to be worth $7.5 billion. 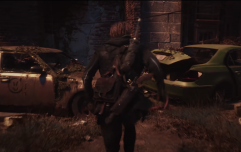 END_OF_DOCUMENT_TOKEN_TO_BE_REPLACED

Bethesda are one of the biggest names in gaming, and the people behind massive franchises including The Elder Scrolls, Fallout, Wolfenstein, DOOM, Dishonored, Quake, and more.

Obviously, the big thing here is that everyone predicting is that it will mean that those franchises will now be exclusive to Xbox and Windows, meaning that PlayStation owners will miss out.

No official announcement on that has been made yet. In fact, Bloomberg reports that Bethesda actually have two 'timed exclusives' announced for PlayStation 5 - Deathloop and Ghostwire: Tokyo are both set to be restricted to Sony's machine for a limited period of time before they can appear on other consoles.

"Today is a special day, as we welcome some of the most accomplished studios in the games industry to Xbox. We are thrilled to announce Microsoft has entered into an agreement to acquire ZeniMax Media, parent company of Bethesda Softworks," writes Phil Spencer, Head of Xbox.

"Bethesda’s games have always had a special place on Xbox and in the hearts of millions of gamers around the world."

"We’re still Bethesda," said Pete Hines, the company's VP of PR & Marketing, in a statement. "We’re still working on the same games we were yesterday, made by the same studios we’ve worked with for years, and those games will be published by us."
Advertisement
"So why the change? Because it allows us to make even better games going forward. Microsoft is an incredible partner and offers access to resources that will make us a better publisher and developer. We believe that means better games for you to play. Simply put - we believe that change is an important part of getting better. We believe in pushing ourselves to be better. To innovate. To grow."

popular
New Highway Code rule will fine drivers £1,000 for opening door with wrong hand
Motorcyclist dies in crash live on TV while trying to escape police
Fitness expert reveals army technique to fall asleep in two minutes
Woman who saved enough to retire by 26 reveals three golden rules she stuck to
Dead man ‘propped up by two other men in attempt to collect pension at post office’
Bookmaker received $420,000 worth of bets on controversial Arsenal yellow card
A definitive ranking of every swear word from worst to best
You may also like
Entertainment
Xbox boss all but confirms next Elder Scrolls will be Xbox exclusive
News
GTA Trilogy has beaten eFootball as the lowest-rated game of 2021
News
New football game ‘UFL’ looks to rival FIFA and eFootball
Gaming
GTA 6 is reportedly not releasing until 2025
Entertainment
All the best bits from E3 2021 you missed while you were watching the Euros
Next Page