Crash Team Racing Nitro-Fueled is exactly as you remember it, for better or worse

Millennials are widely predicted to be the first generation to have things worse than their parents, and many will never own their own home. Climate change is spiralling out of control and our leaders are doing nothing about it. The UK is currently politically divided, almost beyond repair.

But it's ok. Let's just play Crash Bandicoot and try and remember a time when we didn't feel suffocated by the weight of the world.

2017 saw the release of Crash Bandicoot N. Sane Trilogy, a gorgeous remake of the first three Crash games from the late 1990s. It has sold over 10 million copies worldwide to date, so it is only natural that we've now got Crash Team Racing Nitro-Fueled, a similar remastering of kart-based PlayStation 1 spin-off.

And to any 90s kid who grew up with a PlayStation instead of an N64, it will wash over you like a wonderful bath of nostalgia. The familiar booming announcer, the searing orange, yellows and browns, the bouncy Antipodean beats, and Aku Aku's budget Morgan Freeman advice - it is all there, just with a lovely new lick of paint.

There is something vaguely rebellious about the resurrection of Crash, and his dragon BBF Spyro (who got his own remaster last year). The gaming world's consensus was that Mario 64 was better, and that Mario Kart was better.

The PlayStation had a much bigger catalogue of more grown-up games - Final Fantasy, Tekken, Resident Evil, Tomb Raider et al - but the Crash series was just an inferior cash-in aping two of Nintendo's killer apps, a cynical attempt to give Sony's new console a mascot like Mario or Sonic, in an era where such mascots were quickly becoming anachronisms.


But they were great games in their own right, beloved by a generation of kids. Every generation thinks the things that they loved as kids was the best, and everything the kids like now is trash. Crusty Gen-X never gave Crash the respect he deserved. 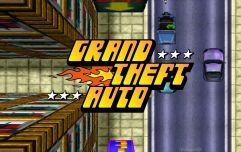 QUIZ: How well do you know the Grand Theft Auto games?

END_OF_DOCUMENT_TOKEN_TO_BE_REPLACED

Crash Team Racing was always a great game, and the remaster does nothing to change that. It does follow the Mario Kart formula pretty rigidly, but its innovative drift system is still full of depth today. Basically, as you drift around a corner, you hit an optimum point where you can hit drift again and get a boost.

It is all about timing, and you can chain them up to three of them together to get a massive burst of speed. It takes a little while to get the knack of but hits that perfect balance of simple to understand yet tricky to master, and despite the goofy anthropomorphic critters onscreen, this is a deep game that gets surprisingly difficult as you go through.

It also goes without saying that the remake looks beautiful. The bright Looney Tunes-style design of the Crash characters hold up far better than most of the murky polygons of the PS1 era, and spruce up wonderfully. And while it is not strictly a compilation of multiple games like N. Sane Trilogy was, it does include the characters and tracks from the follow-up games Nitro Kart and Tag Team Racing. Altogether, this is a highly enjoyable package.

Still, as I sat playing it tripping on the sweet nostalgia rush, it was hard not to contemplate the lack of ambition - not on the games' part, but on mine.

Sure, remakes and remasters of video games are nothing new. But I was, just literally playing something I played the hell out of 20 years ago. Sure, there are improved graphics and online play, but had I not moved on? Was I no longer into new things? It was the gaming equivalent of just watching all of Peep Show on Netflix for the millionth time, a warm blanket when I can't even face the challenge of the new Adam Sandler movie.

I was enjoying Crash Team Racing Nitro-Fueled, for sure. Maybe that's enough. I was definitely enjoying plenty more than, say, many of Red Dead Redemption 2's more drawn-out moments. But I also started to realise that in a way, my mind wasn't consciously playing the game, it was digging out long-memorised map layouts and reliving the associated memories of a time filled with less responsibility and more possibilities.

People don't want new things. They say they do, but if you look at the numbers, they really just want more Star Wars and Batman. They want existing products with a clock in it.

And then unlocked Ripper Roo, and got a giant smile across face.

You may also like
Sport
These are the top 100 players in FIFA 21
Sport
A really cool new addition is coming to FIFA 21 Career Mode
Entertainment
Hands-on with the Tony Hawk's remaster - time to get excited
Sport
Paul Pogba joins competitive Call of Duty team
Entertainment
QUIZ: Name the PlayStation 3 game from just a screenshot
Next Page